HomeBundesligaHoeneß: "Barcelona can save themselves another offer".
Bundesliga 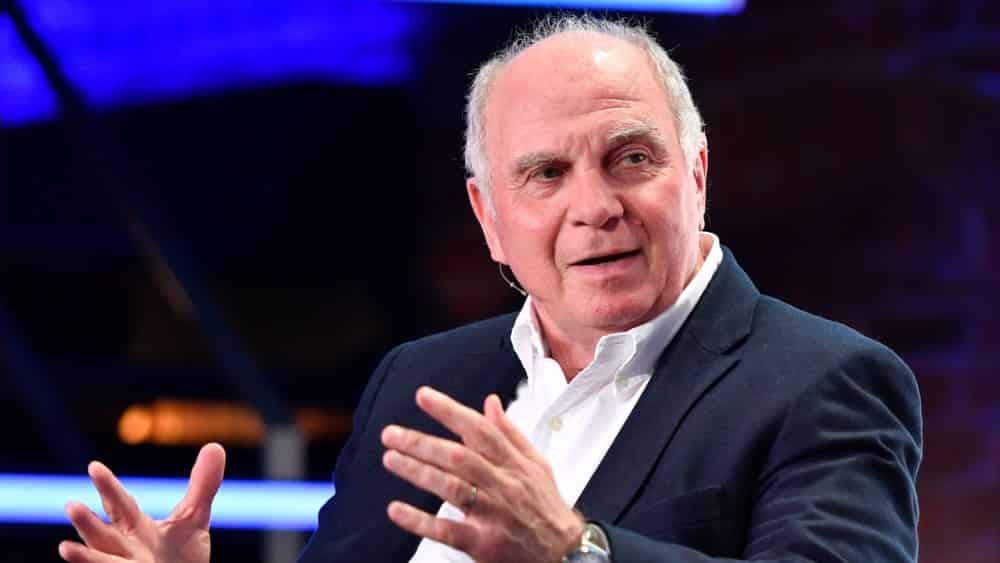 In the Robert Lewandowski case, nothing has been decided yet. Will he stay or go? For Uli Hoeneß, however, the matter seems to be quite clear.


Lewandowski wants to pull up stakes in Munich and move to FC Barcelona – but the Pole still has a year left on his contract with FC Bayern, so he needs the agreement of his employer, who would by no means let his best striker go for peanuts.

In the meantime, it is also clear that the “basta” of board boss Oliver Kahn has long since softened internally. The FCB shows itself willing to negotiate, but also has to clarify three questions: Does Lewandowski really want to leave? Is there an adequate replacement? And how high would a transfer fee be? The Munich team know the first answer, it is yes, and the second question suggests that they would like to bring in a replacement in the event of his departure.

Hoeneß knows of no new offer

And the question of transfer fee? That seems to be getting some movement. The record champions rejected an initial offer of 30 million from the Catalans as insufficient – but now, according to unconfirmed media reports, the Iberians have increased their offer by a further ten million.


“I don’t know anything about a new offer. But the way things stand in Munich, what I’ve heard in several conversations, Barcelona can save themselves another offer,” said Bayern’s honorary president Uli Hoeneß on the sidelines of the “Neuland” future congress in Aachen on Wednesday, but also pointed out that “I don’t have to decide that, but the statements from FC Bayern were clear. They say that Robert should fulfil the contract in Munich.”

Hoeneß did not want to comment on the behaviour of the 33-year-old world footballer, who is pushing hard for his transfer, referring to industrial peace. “I would be pouring oil on the fire with that. FC Bayern has not made any statements in this regard, and neither do I. “

However, the 70-year-old could not refrain from taking a side swipe at Barça. Referring to the Catalans’ precarious financial situation, he described them as “financial artists who, despite a high debt burden, apparently still find a bank that gives them money to present something like that”.

Apart from Lewandowski, Hoeneß also spoke about new signing Sadio Mané and praised him highly. “He is a player we have all always liked. When it became clear that something could be done, we were all thrilled. There is no one at FC Bayern who doesn’t like this transfer. “