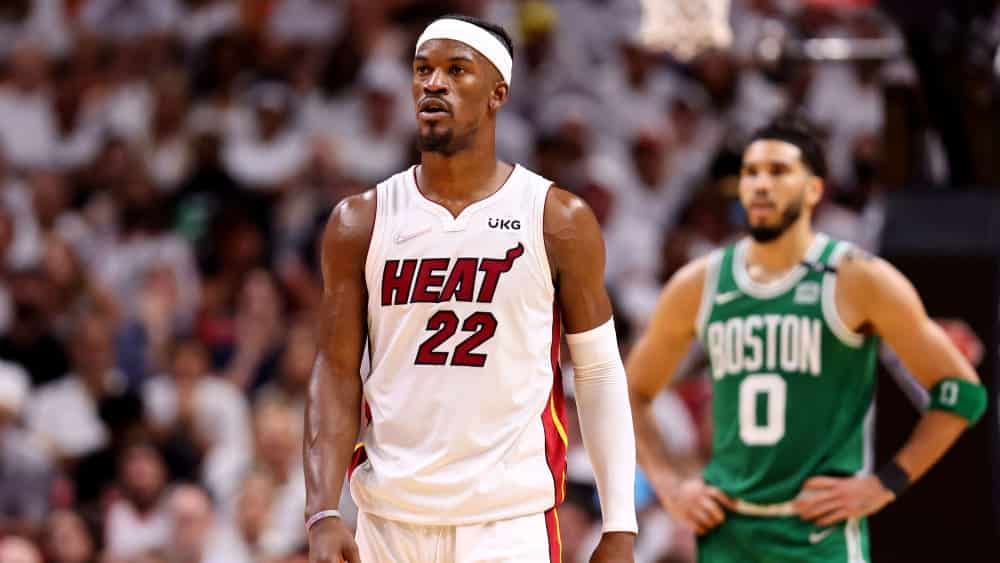 The Miami Heat have won the first semi-final game against the Boston Celtics. In the 118-107 (54-62) win on Tuesday night (local time), Jimmy Butler once again excelled with 41 points, among others.

The decisive factor was the third quarter, in which Miami turned an eight-point deficit into a 17-point lead. In the rematch of the Conference Finals from two years ago, the Celtics had to start without two regulars. Al Horford is on the league’s Corona Protocol, Marcus Smart had injured his foot in the decisive game seven of the pre-series against the Milwaukee Bucks. Still, the Celtics led at the break after a strong first half.

The second half then began with a 10-1 Heat run. For seven minutes, Boston didn’t score a basket from the field. Daniel Theis, who scored eight points in almost 20 minutes of play, had one of the Celtics’ best scenes in the period with a strong block on Dewayne Dedmon.

In contrast, Jayson Tatum (29 points) allowed himself six ball losses in that quarter alone. “Jimmy just inspired everybody in that third quarter,” Heat head coach Erik Spoelstra said. Butler added: “I don’t care if the stage is small or big. I just do my thing.”

In the final quarter, Boston did not come close decisively, also because Butler, in particular, always had an answer ready, both offensively and defensively.

Game two of the best-of-seven series will take place in Miami again on Friday night. In the Western Conference final, the Golden State Warriors will meet the Dallas Mavericks with Luka Doncic and German international Maxi Kleber on Wednesday evening (local time).