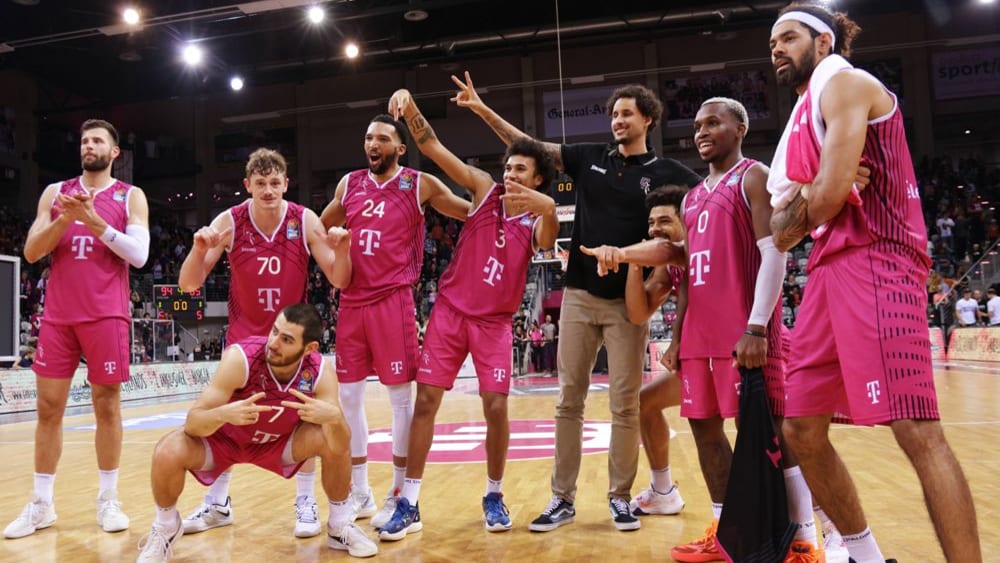 The Telekom Baskets Bonn remain unbeaten on matchday 5 and BBL leaders. rathiopharm Ulm and the Niners Chemnitz finally managed their first win of the season. Heidelberg defeated Oldenburg in overtime.

Bonn won against BG Göttingen with 94:85 (48:35) on Saturday. Göttingen conceded its second defeat and currently holds the last play-off spot in eighth place. The best scorer in Bonn was Jeremy Morgan with 23 points. The Norwegian Harald Frey (22) scored the most for Göttingen.

The league leaders made it clear from the start who was in charge and laid the foundation for the victory in the first quarter. The guests were never able to catch up. In the second quarter, Bonn led by 18 points at times. Göttingen managed to keep the two final quarters even without becoming dangerous for the Baskets.

Ulm won against medi Bayreuth with 88:73 (42:48). The best scorer for the Swabians was point guard Yago Mateus with 19 points. Ahmed Hill (13 points) scored the most for Bayreuth. While the first period was even, the guests then took the initiative and led at half-time. In the third quarter, the hosts played more compellingly and turned the game around. In the final quarter, the guests had no chance and deserved to lose.

In the East derby, Chemnitz kept the upper hand against the Syntainics MBC with 98:89 (46:49). Shyron Ely almost saved Heidelberg’s 102:94 (84:84,26:40) victory over favoured Oldenburg with the final whistle in overtime, in which the outsiders then clearly prevailed against the Lower Saxons.