HomeMotorsportsFelix Rosenqvist stays with McLaren: Location not yet determined
Motorsports 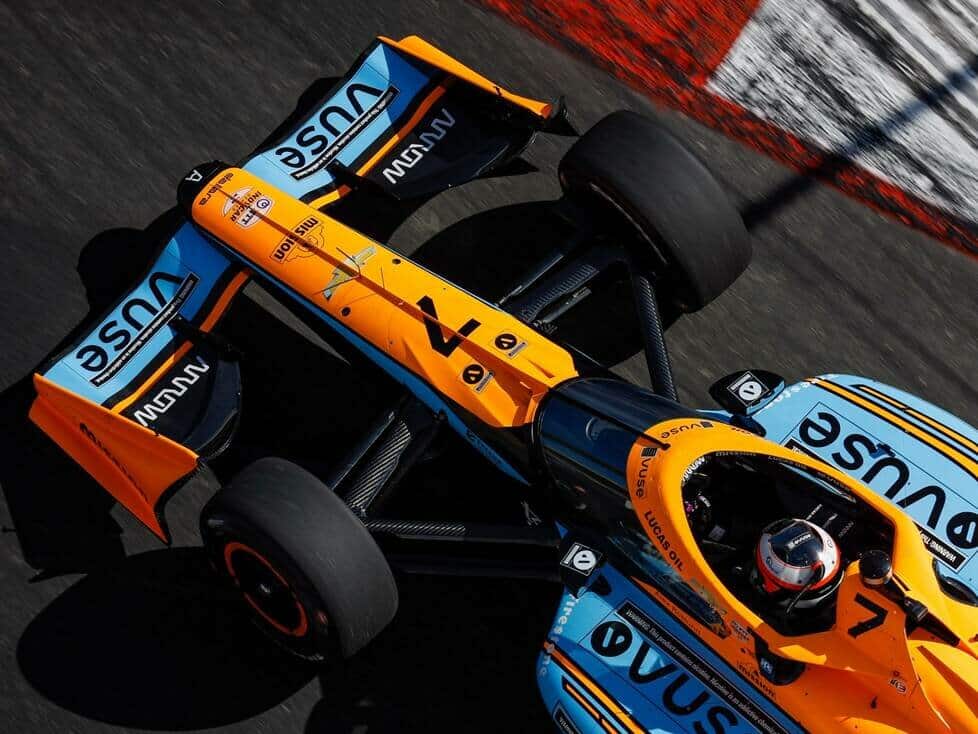 McLaren and Felix Rosenqvist will work together beyond the 2023 season. The racing team and the Swede have announced the contract extension. However, it is not yet clear in which championship Rosenqvist will compete. Will he step into a third IndyCar car or celebrate his return in Formula E?

McLaren has bought out the Mercedes team in the electric world championship and brought in Nissan as a partner for the powertrain. However, a driver duo has not yet been decided. The racing team is also planning to expand to three cars in the US IndyCar Series. Rosenqvist could drive the third car alongside Pato O’Ward and newcomer Alexander Rossi or switch to Formula E.

Rosenqvist has been competing in the IndyCar Series since 2019 and immediately secured the title for best rookie of the year in his first year. So far, he has been on the podium three times and on pole twice. At the 106th edition of the Indy 500, he drove to a strong fourth place. However, the racing driver from Sweden does not only have IndyCar experience to show.

The 30-year-old has already competed in Formula E races in his career. For Mahindra, he took three wins, six pole positions and seven podiums in two full seasons. Rosenqvist is therefore a candidate for McLaren in both the IndyCar Series and Formula E. The McLaren driver squad is expected to be announced soon.

“I am excited to be working for McLaren in 2023 and beyond,” said the Swede. “The team is expanding into Formula E next season and that gives me opportunities to compete in both the US and Europe. I hope to be in a position to reveal my plans in the coming weeks. I’m looking forward to new options and taking McLaren forward from 2023 in the best possible way with my experience.”

McLaren managing director Zak Brown added: “He is a fantastic racing driver with a wealth of experience in different race cars. He has proven himself a winner in both categories and it was important to secure his talent for the McLaren family’s plans in 2023.” Brown says he is a candidate for both the IndyCar Series and Formula E. Where McLaren will field him is expected to be announced soon.