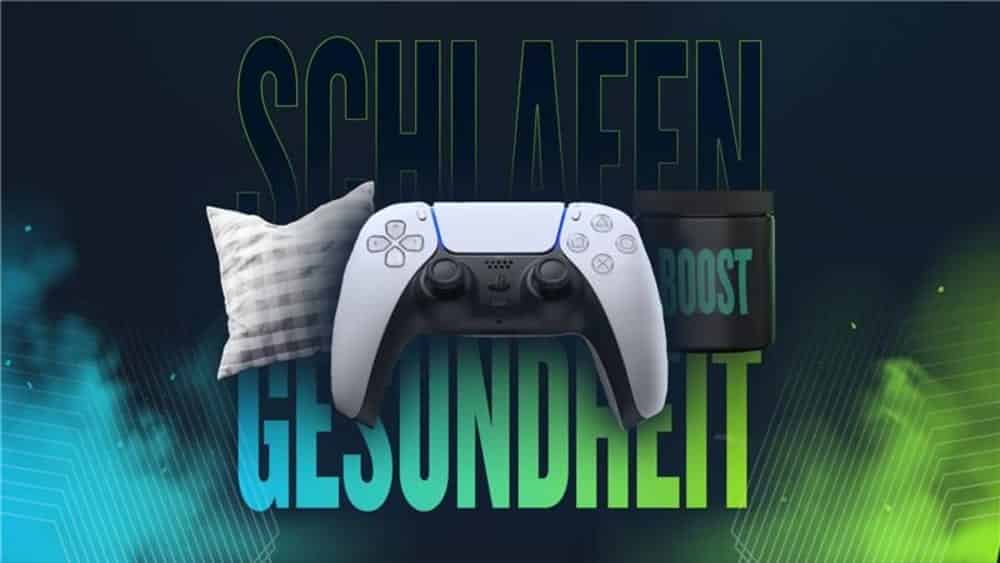 Health and fitness also play central roles in sports on the pad. Every fortnight, performance coach Fabian Broich takes a look behind the scenes for us. This time it’s all about sleep and sensible gaming boosters.

Screens flickering late into the night, bags under the eyes and little fresh air – clichés about gamers are a dime a dozen. Yet the prejudiced image of eSports is a thing of the past. Professional gamers are sometimes treated in the style of athletes, follow diet plans, use workouts for balance and work with performance coaches to optimise their own performance.

Even such is Fabian Broich. In the first edition of Health and Fitness, which appears every fortnight on eSport, we talk to him about the topic of sleep. For the coach, there is no question that sleep is important: “It is a third of our life. If you sleep better, you are more regenerated and have the best prerequisites to become better and, above all, faster than others.”

This means that the topic is also playing an increasingly important role in eSports: “Due to many hours in front of the PC, a lot of gaming and a great strain on the cognitive abilities, it is important to get plenty of sleep to compensate.” In addition to the regeneration of the players, this should also strengthen training effects and “consolidate what has been learned”.

With regulated processes to the best game

Broich has a very concrete routine for this, also called sleep hygiene in this context: “At 10 p.m., get away from screens and devices, go for a walk outside for a quarter of an hour and let the day pass in review. Before sleeping, open the window for 15 minutes, darken everything and allow as little noise as possible.”

Central to this is the time between the last glance at a screen and the planned bedtime. Because lack of sleep, says Broich, is a home-made problem: “We humans are the only creatures with it. The reason for this is light, which curbs the production of the sleep hormone melatonin. ”

According to the coach, this has not yet reached all players: “Of course, there are mostly players who play until two or three o’clock, but they will be decimated in the future.” The reason for this trend, he says, is a growing understanding of the organisations and teams. “Those who don’t have a regular daily routine will not perform at their best in the long term and will therefore not be interesting for teams. ”

What could be interesting, on the other hand, despite negative prejudices, are gaming boosters. Broich, too, is aware of the problematic nature of these drinks, which are often filled with many stimulating substances: “If I take a ‘booster’ that whips me up with 200mg to 250mg of caffeine, my heart notices it, I shake and sweat, then that’s a very clear sign that it’s not good for me.”

But this prejudice has long since ceased to apply to the entire product range: “There are now also drinks on the market that have a small caffeine content but bring the player into the focus zone through vitamins and amino acids.”

Excessive consumption should nevertheless be avoided and instead it is better to rely on natural measures such as healthy sleep hygiene. For Broich, this has advantages that go beyond performance: “We live in a very fast-changing society and those who can deal with this world in a relaxed and focused manner will master it – on the server or in real life. “