HomeFootballFarkes special praise for Thuram - and for Huber
FootballFootball News

Farkes special praise for Thuram – and for Huber 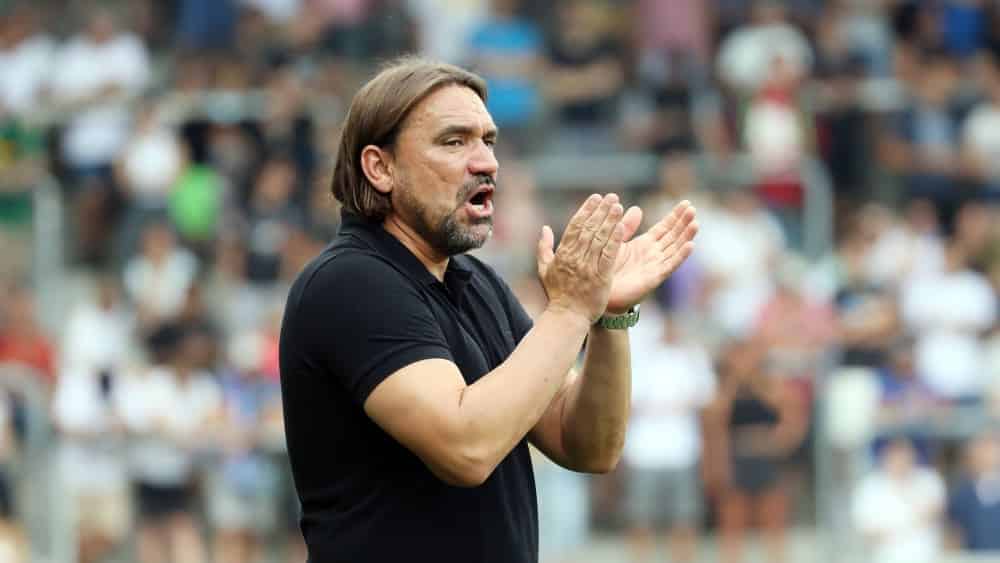 Borussia Mönchengladbach were undamaged in their 9-1 (6-0) win over SV Oberachern in the first round of the DFB Cup. Marcus Thuram shows early form, coach Daniel Farke is suitably pleased – and impressed by the hosts’ scorer of the consolation goal.

123 seconds the SVO’s big dream was alive. Then came the cold shower. And it was the most striking player of this cup afternoon in Freiburg’s Dreisamstadion: Marcus Thuram. With a hat-trick, the Frenchman set the course for Borussia early on, which earned Thuram special praise from Daniel Farke: “To be there at the beginning with the important goals is a sign of his class. We are all happy to have a player of his quality. “

Farke: “Have kept that greed “

For the Foals’ new coach, Thuram’s performance on his convincing debut is “not only a sign that he is here, but also a sign of his really good work in preparation”. Farke is counting on the 24-year-old as the central man up front, and the new boss on the Gladbach touchline apparently doesn’t give a damn about repeated vague rumours of a change.

Farke is much more focused on Saturday’s Bundesliga opener against TSG Hoffenheim, which captain Lars Stindl, who was also a strong player at Freiburg, is likely to miss due to injury. What he saw on Sunday in the 9-1 win over Oberachern should have given him a good feeling: “We developed a great momentum and scored six very nice goals in the first half, we also kept that greed in the second half. “

The 45-year-old was also not sparing with his praise for the opponents, especially their goalscorer Nico Huber. “A perfect first contact, a great finish,” Farke commented on what was indeed a technically fine consolation goal to make it 1:8 in the meantime. In general: Despite the clear result, the fifth-division team could be proud not only because of the successful organisation of the “great event” (Mark Lerrandy, sporting director).

Oberachern tried a sharp start and did not deviate from their active line despite the early deficit. The fact that spaces opened up after the early lead of the visitors and in view of the class difference was logical for coach Fabian Himmel: “Despite the result, I am proud of my boys because they tried to play courageous football.”

And also because Huber managed to score the consolation goal – “a moment that probably everyone would like to have, to score against such an opponent,” as the scorer summed up. Farke would have liked to see “better deep defence in this situation”. And despite the successful start to the competition, the former Dortmund player still sees some room for improvement. “A few unnecessary ball losses,” the Premier League-experienced football coach said, and “the structure in the pressing was not quite ideal. Of course, Farke also knows that “there is never a perfect football game.