HomeBundesligaMaaßen: "The first step is always the hardest".
Bundesliga

Maaßen: “The first step is always the hardest”. 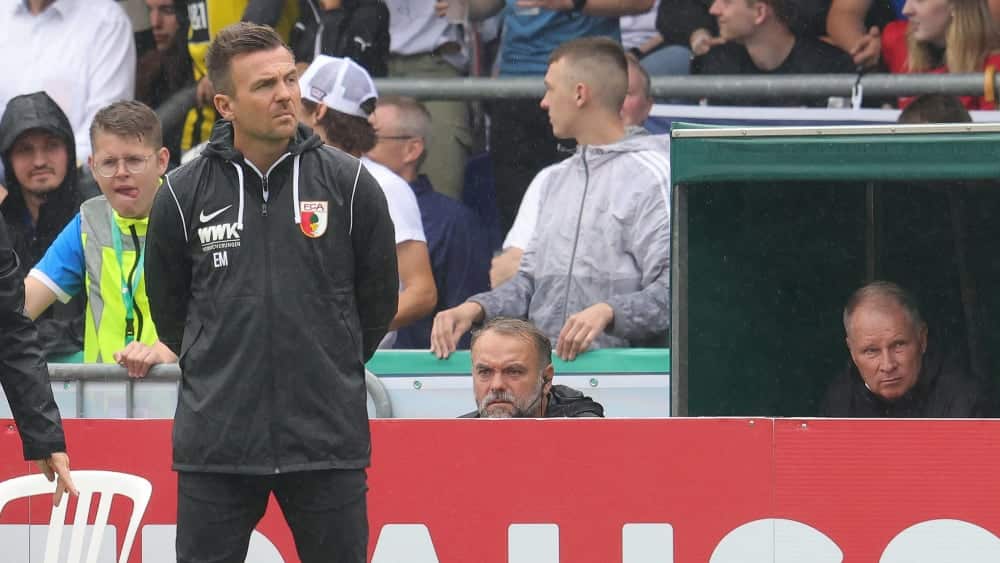 The start to the season was a success with a 4:0 win in the DFB Cup against regional league side BW Lohne. However, this victory does not allow any real conclusions to be drawn about the Bundesliga start against SC Freiburg. FC Augsburg’s players and coaches are torn between relief, confidence and realism.


First poo, then hoo, that’s how Augsburg’s 4-0 win on Sunday afternoon can be summed up after a goalless first half. “We didn’t implement everything we had planned in the first half, then did it better in the second half,” André Hahn analysed aptly. “After the redeeming 1:0, things went much better for us.” Arne Maier’s direct free-kick into the far corner of the net was the final straw, while wild cards Fredrik Jensen, Flo Niederlechner and Maurice Malone added to the tally to give us a comfortable victory.


“The spaces were actually there, but the intensity was not as high as we would have liked,” said Felix Uduokhai, naming the deficits of the first 45 minutes and also listing a too low tempo, a lack of sharpness in passing and too lax counter-pressing. Nevertheless: “The performance improvement after half-time was positive.


In the end, relief remained. “In the cup, it’s getting further that counts,” said coach Enrico Maassen, “the first step is always the hardest. Relief, however, was joined by confidence. “Absolutely!”, Uduokhai replied determinedly when asked about it. His reasoning: “It’s really fun, we have a clear plan of how we want to play football. Everyone knows their tasks, the harmony in the team is good. “

Healthy realism with Niederlechner and Co.

This all sounds good, but it doesn’t guarantee any points for the start against Freiburg. That’s why the players seasoned their statements with healthy realism. “You have to be honest: Freiburg is coming at the weekend, so we will see where we stand,” Florian Niederlechner put it into perspective, Uduokhai agreed with him: “We haven’t had a Bundesliga game yet, we can talk ourselves into everything, but next week it has to work.” It remains a journey into the unknown until Saturday despite the cup win.