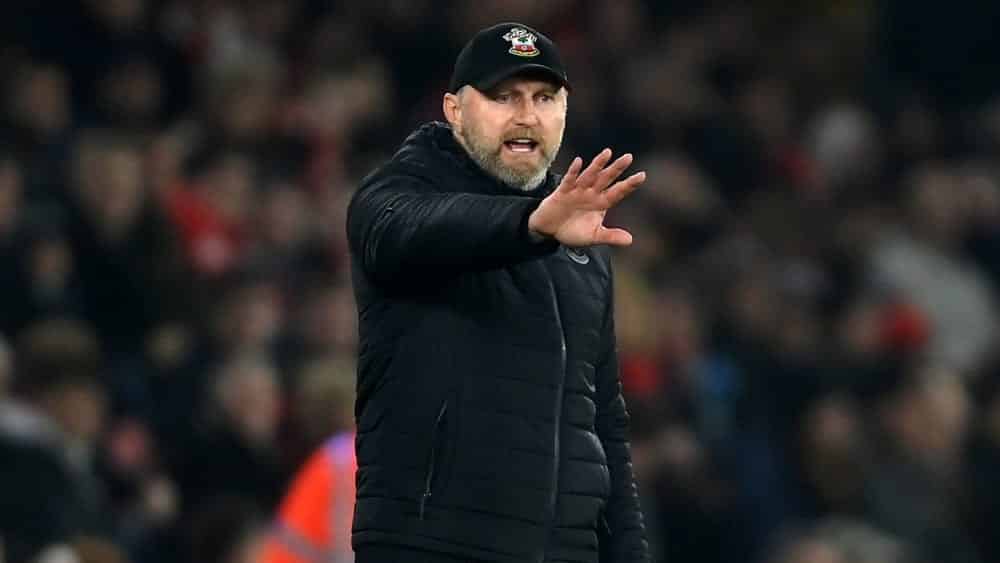 On Tuesday night, Southampton FC won their catch-up match against Brentford FC 4:1 and left the promoted side behind them in the table. The Saints set the tone early – and scored beautiful goals in the second half.

In the end it was a pretty clear affair. The Saints had played a very good game, they had created quite a few good scoring chances, and they had taken their opportunities.

Referee Stuart Attwell blew his whistle for the last time at St Mary’s Stadium on Tuesday night and Ralph Hasenhüttl was allowed to cheer. Southampton’s fifth Premier League win, it was under the roof.

Hasenhüttl’s side had taken an early lead from a corner (5th, Bednarek header) and had left few questions in the aftermath. Brentford equalised midway through the first half when former Bochum player Janelt scored with a fine direct shot (23rd), but Southampton underlined their superiority before the break by taking the lead again (37th, own goal by Alvaro Fernandez), and after the break they made things clear.

First Broja scored after an excellent pass from former Stuttgart player Oriol Romeu (49th), then Adams scored shortly after his substitution with a sensitive lob (70th). Southampton overtook Brentford in the table to move 13 points clear of the relegation zone.