Iheanacho’s dream goal is enough for Nigeria against Egypt 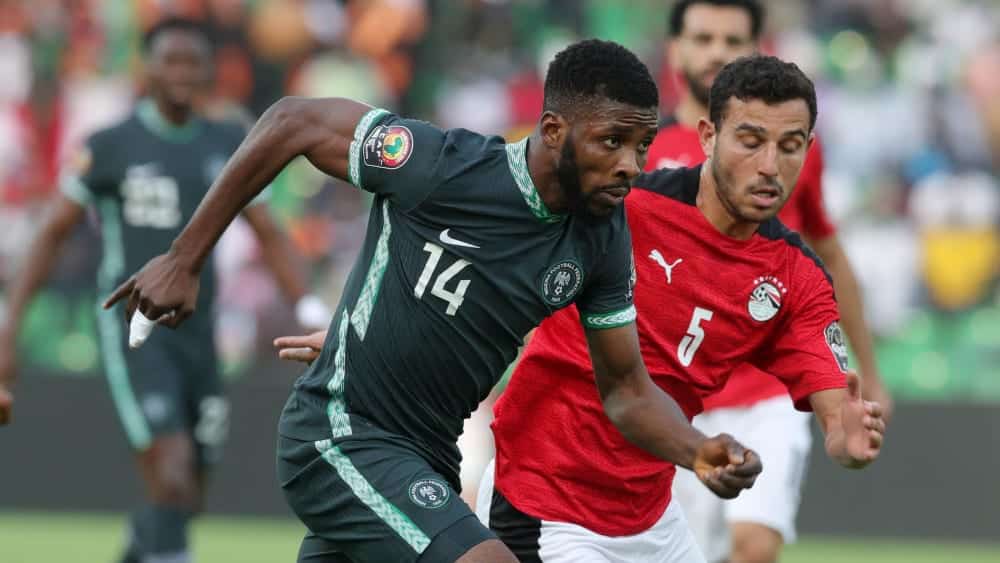 
Egypt did not get going from the start. Nigeria had more of the game and came close for the first time in the 26th minute, but the agile Simon’s shot landed on the outside of the net. Again it was Simon, whose cross was not sufficiently cleared, and Aribo’s header from the penalty area was well placed in the top right corner by Iheanacho.


Salah and Co. again failed to produce much offensively, but the Super Eagles had the next opportunity after Iheanacho’s pass through Awoniyi, but Egypt’s goalkeeper El-Shenawy was just a touch quicker to the ball (38th).

And Iheanacho’s header was well saved from the top right corner of the penalty area.


Egypt stepped up their efforts in the second half, but still failed to find the net. Instead, Awoniyi had a chance to make it 2-0 with a header from close range, El-Shenawy reacting brilliantly on the line. After an hour, the score stood at 11:1 for Nigeria, but only a 1:0 lead.

This was almost justified when Salah cleverly took the ball after a pass into the heart of Nigeria’s defence but failed to get it past the onrushing keeper Okoye. Egypt were running out of time, but Augustine Eguavoen’s side defended skilfully and uncompromisingly. In stoppage time, Ejuke had the 2-0 lead on his feet. In the end, the Super Eagles deserved to win the top match in Group D to start the tournament.