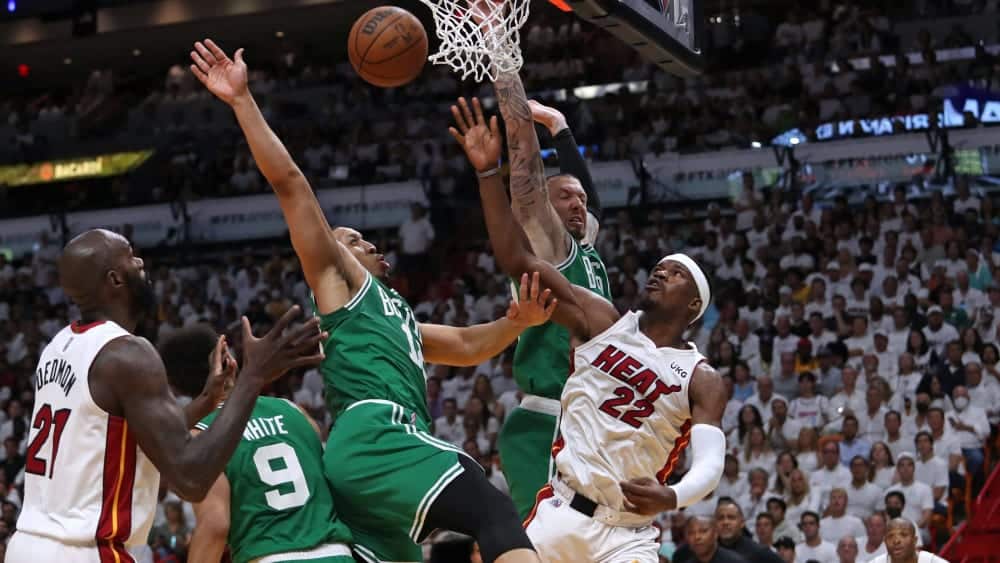 The Boston Celtics have impressively lived up to their position as favourites in game two of the East Finals series against the Miami Heat. Now the score is 1-1.

Record champion Boston Celtics bounced back from a tough loss to the Miami Heat to even the score in the second game. Jayson Tatum & Co. won clearly with 127:102 on South Beach and now travel full of confidence back home, where games three and four will be played.

Two days after going down 107-118 to start the game, when the Celtics went down 14-39 in the third quarter and never recovered, the team was in control for most of the second game. From the second quarter onwards, Boston had at least a ten-point lead and at times pushed the buffer to as much as 34 points in the final quarter.

Smart and Horford do well

The Celtics benefited from the return of their regulars Marcus Smart and Al Horford, who had missed Tuesday night’s match-up due to injury and a positive coronation test respectively. Smart finished with 24 points, 12 assists and nine rebounds and, like Horford, also helped with a block. “I felt bad that I couldn’t be there for my teammates and go to battle with them, but I needed to regenerate,” Smart said on US television. “We know what it’s going to take. It’s going to take everything.” Jayson Tatum recorded 27 points for the Celtics, while Jaylen Brown finished with 24.

The best scorer in the game was Heat protagonist Jimmy Butler with 29 points. Daniel Theis didn’t get on the floor for the Celtics until midway through the final quarter, recording one dunk in six minutes.