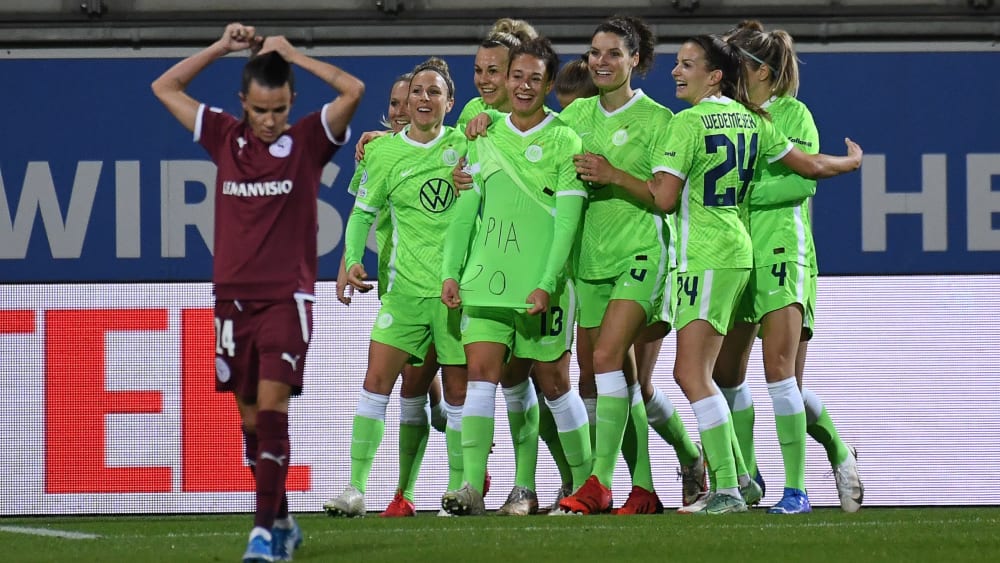 VfL Wolfsburg celebrated their first win in the Champions League group stage with a 5-0 victory over Servette. The Wolfsburg women were clearly superior from the start against harmless Swiss women.

Compared to the 3-0 win against Cologne in the league at the weekend, VfL coach Tommy Stroot changed two positions: Instead of Starke and van de Sanden (both on the bench), Oberdorf and Waßmuth started.

The Wolves were superior from the start, but hardly managed to score against the defensively oriented Swiss. The first big chance, however, resulted in the lead in the 18th minute: After a build-up mistake by Servette, Waßmuth failed to beat goalkeeper Pereira, but Huth put the follow-up shot as tightly as accurately into the right-hand corner of the goal.

After the goal, more space opened up for the Bundesliga team. Less than ten minutes later, Waßmuth added to her tally from a corner kick (26). Opportunities for the Stroot team came almost by the minute. In the 29th minute Oberdorf forced Pereira into a brilliant save before Waßmuth was brought down from behind by Fleury as he attempted to shoot. The penalty whistle of the referee Frida Nielsen (Denmark) did not blow;

Nevertheless, the third goal was to be scored before the break: After a wonderful pass from Roord, Waßmuth calmly scored her second goal of the evening through Pereira’s legs. The 25-year-old had already scored twice in the group stage opener at Chelsea.

The second half began as the first had ended – with a goal for Wolfsburg: Janssen scored from close range after a corner kick to make it 4-0 (51). The game had long since been decided, but that did not stop the Wolfsburg women from continuing to play forward. Smits, who was sent offside, scored the 5:0 in the 68th minute, which was also the final score.

The Wölfin will now play Hoffenheim in the Bundesliga on Sunday (1 pm). The Champions League continues on 9 November (9 pm) at Juventus Turin.