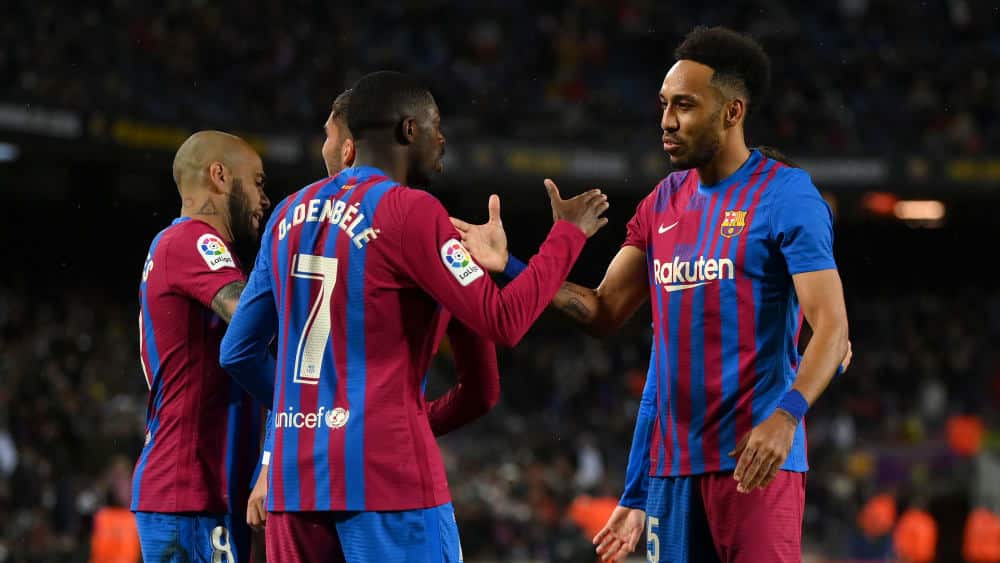 FC Barcelona easily mastered their compulsory task against CA Osasuna and proved their strength of form once again. The Catalans initiated the clear 4-0 victory with an outstanding first half – also thanks to Ousmane Dembelé and Pierre-Emerick Aubameyang.

Playful, determined and ball-secure: Barcelona shone in the first 45 minutes against underdog Osasuna. Ferran Torres gave the Catalans, who had started with Aubameyang, Dembelé, Gavi, Busquets, Piqué and Dani Alves for Depay, Traoré, de Jong, Nico, Araujo and Dest after the 0-0 draw against Galatasaray in the last 16 of the Europa League, the lead from the spot after just 14 minutes. Nacho Vidal had earlier brought down opposite number Gavi in the penalty area.

Just seven minutes later, the Manchester City newcomer bagged his brace after converting a wonderful pass from Dembelé to make it 2-0. The provider of the assist continued to make an extremely creative and lively impression – and scored his second goal in the 27th minute: Aubameyang – another winter newcomer – pushed a Dembelé cross over the line. It took less than half an hour for the game to be decided. And “only” three goals were almost flattering for the overtaxed Osasuna. As a result, Xavi’s Barça took their foot off the accelerator a little.


In the second half, the Catalans did not show any great offensive drive. Piqué’s supposed 4:0 did not count due to an offside position of the veteran, who played his 600th match for Barcelona (55.). The fourth goal, however, was still to come: After a pass from Dembelé, substitute Riqui Puig failed to hit Herrera with his shot in front of the penalty area, but then kept his cool with his follow-up shot (75th minute).


FC Barcelona thus continued their impressive run – about four La Liga trebles in a row – and moved up to third place. They have a Europa League second leg in Istanbul on Thursday (6.45pm) before the Clasico at Real Madrid on Sunday (9pm).