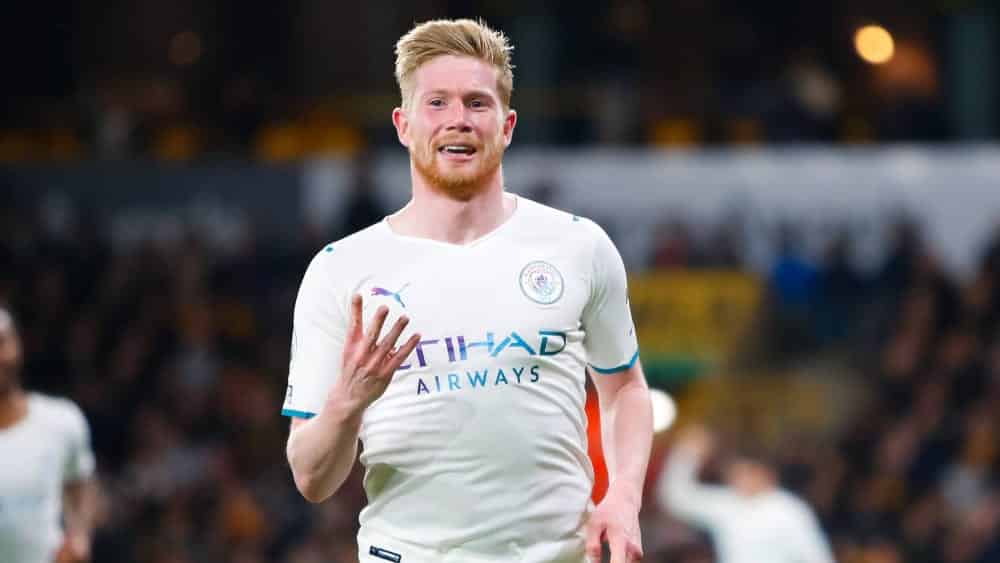 Thanks to an outstanding Kevin De Bruyne, Manchester City won 5-1 at Wolverhampton Wanderers on Wednesday night. The result leaves the Skyblues just four points short of the Premier League title.

It took a full seven minutes for De Bruyne to turn off for the first time to cheer. After a one-two with Bernardo Silva, the Belgian scored flat into the far corner. But the courageous Wolves, who were able to create pinpricks with their lightning-quick switching play, as they had done in the recent 2-2 draw against Chelsea, had a quick answer ready. Dendoncker converted an assist from Pedro Neto in the 11th minute.


But the sensational De Bruyne was hard to stop this evening. First he punished an unfortunate deflection by José Sa (16th), before he chased the ball into the left corner after a spirited dribble in front of the penalty area (24th). Bitterly for Wolves: A tackle by Zinchenko, with which he cleared Chiquinho, was not awarded a penalty even after VAR review (35th).

Number 4 for De Bruyne – Foden to the aluminium

In the second half, Sterling, who was back in action after the 5-0 win against Newcastle, scored what was supposed to be a 4-1 goal, but was offside (47). At the other end, Ederson made a brilliant save from a Coady finish (56). Four minutes later, the fourth strike followed: De Bruyne scored the four-pack with a tap-in (60th).

However, the 30-year-old was denied an assist, with Foden hitting the post from close range (67). The Wolves missed the connection after two saves by Ederson (68th, 69th), so the game, which was fast-paced at times, ebbed away in the closing stages.

Nevertheless, City restored their three-point lead over Liverpool with the win. The Reds had beaten Aston Villa 2-1 the day before – now City can crown themselves champions with four points from their remaining two games.