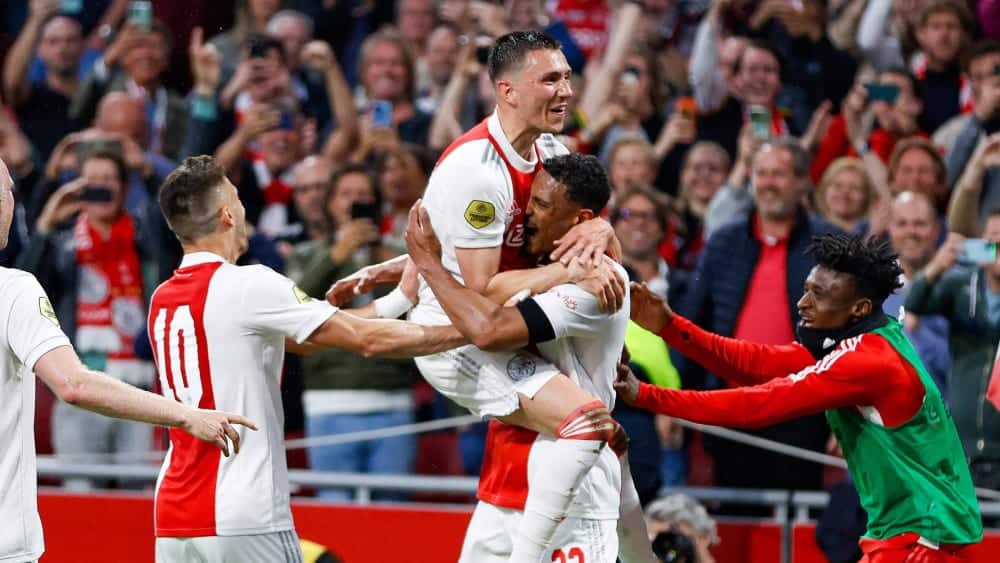 When referee Allard Lindhout blew his whistle for the last time on Wednesday evening, when Ajax Amsterdam had thus made it, the substitutes of the old and new champions ran onto the field in red and white jerseys. On them: the back number 36 and the words “kampioen”, the Dutch word for “champion”.

36 times Ajax have now won the Eredivisie, far more than any other club in the Netherlands. This time, when the title went to Amsterdam once again, it was an extremely close race for a long time between Erik ten Hag’s team and PSV Eindhoven – but in the end, the championship went to Ajax once again.

While Wednesday night’s decisive match was not a glittering one, the old and new title holders nevertheless continued to impress with their class against Heerenveen. In the first half, Ajax created only three chances to score – but took all of them. First Tagliafico scored (19th), then Berghuis (33rd), before the former Frankfurt player Haller also scored from the penalty spot (38th).

Heerenveen had defended well for a long time, but were still hopelessly behind at half-time. After the break, Berghuis could have made things even clearer (49th), then Stekelenburg had to intervene for the first time on the other side (72nd), before substitute Kudus hit the Heerenveen crossbar (75th).

In the final phase it became even clearer: Brobbey made it 4:0 (85.) with a tap-in, five minutes later Alvarez put the finishing touches on it when he put his foot into a Brobbey shot and directed the ball under the crossbar – 5:0 (90.).