HomeMotorsportsClear goal for AMG driver Maro Engel: "Win as many races as...
Motorsports

Clear goal for AMG driver Maro Engel: “Win as many races as possible”. 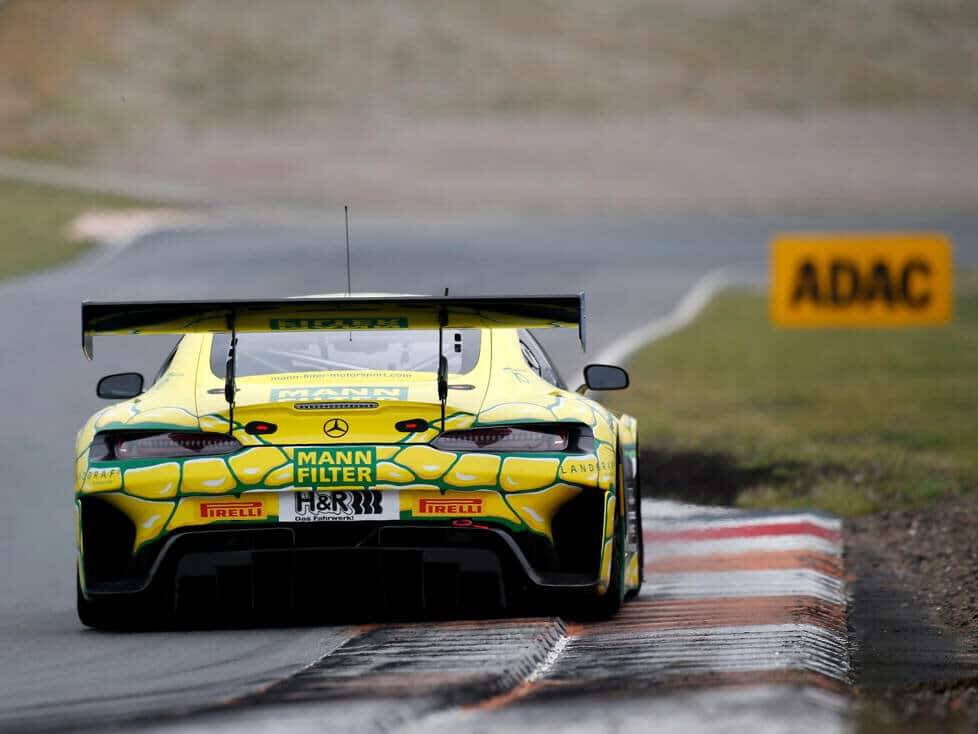 Maro Engel is to help fellow Mercedes-AMG driver Raffaele Marciello to the ADAC GT Masters title: Both have already been successful together on the endurance track

At a stroke, absolute top favourite: 24h Spa winner Raffaele Marciello gets an absolute top-class driver in Mercedes-AMG performance driver Maro Engel as his teammate on the 48th Landgraf Mercedes at the ADAC GT Masters at the Nürburgring

And Engel, who most recently finished fourth in the endurance classic at Spa, has high goals. “To win as many races as possible” and to be on the podium as often as possible and score points “to give Lello and the guys here the best possible championship chances.”

“I’m looking forward to it,” Engel now says, looking ahead to the German GT Championship event at the Nürburgring. “That’s something nice and certainly a very good driver pairing. We’ll look to make a bit of an attack there. “

Engel and Marciello already know each other

Engel and Marciello know each other “well anyway”. The two have been part of the Mercedes-AMG works squad for years and are among the fastest GT3 drivers around. Most of the time, however, they have been placed on different cars in the big GT3 races.

“We won the 10h race in Suzuka together [in 2018], and a year later we finished second in Suzuka,” says AMG works driver Engel, looking back on the few times they raced together with his colleague Marciello. At that time, Engel and Marciello drove together for the GruppeM team, with which Engel is racing in the DTM this year.

Both drivers have been on the same car in three Intercontinental GT Challenge races so far: in addition to the 2018 Suzuka 10h (with Tristan Vautier) and 2019 (with Maximilian Buhk), this was also the case in the 2019 Kyalami 9h (also with Buhk).

Engel does not contest entire remaining season with Landgraf

There is, however, one drop of bitterness: Engel will not be available for the entire remainder of the ADAC GT Masters season, if only because of the clash of dates between the ADAC GT Masters at the Sachsenring and the DTM in Spielberg in September. “As things stand, I can only drive at the Nürburgring and Hockenheim,” Engel reveals.

Who Marciello’s team-mate will be at the Lausitzring and the Sachsenring is still up in the air at the moment. In any case, Engel is looking forward to a few free weekends in high summer. He is also one of the busiest drivers in GT3 racing and is “actually on the road a lot at the moment. “

That’s why he’s looking forward to “having a bit of a holiday after this weekend and spending time with the family. That will be nice too.” Before that, however, the aim is to put Marciello in a top starting position in the title fight. He sits fifth in the championship after three of seven race weekends.

Marciello’s gap to championship leaders Jusuf Owega, Christian Engelhart and Ayhancan Güven is currently twelve points. Up to 28 points can be scored on a race day in the ADAC GT Masters: 25 for victory and three for pole position.