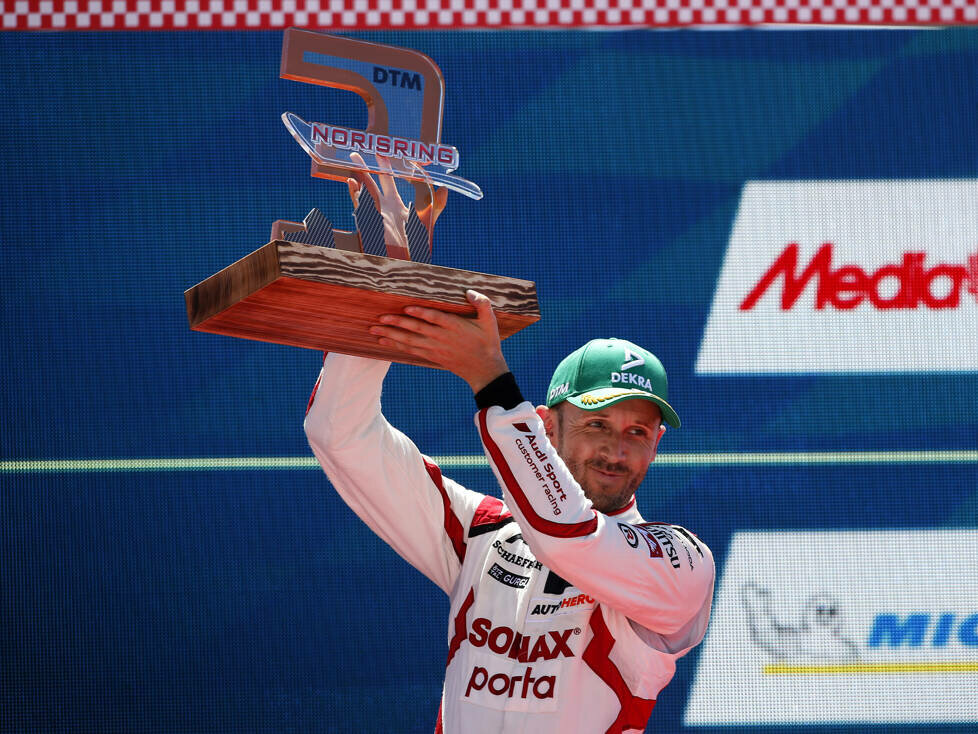 Rene Rast wants to secure his fourth DTM title with a tactic that seems unusual at first glance: The decisive role is played by the success ballast

Normally, winning is the big goal for racing drivers. But Rene Rast was also satisfied with less in the two DTM races at the Norisring. The Abt Audi driver finished third twice in Nuremberg and, in an interview with ‘Sportradio Deutschland’, says: “It couldn’t have gone better.


And the following statement by the three-time DTM champion also seems surprising at first glance: “The best strategy at the moment is to perhaps only ever finish third,” says Rast. However, this becomes understandable with a view to the DTM regulations, because a victory is not only “rewarded” with a lot of points, but also with a lot of success weight.

“In the DTM, you also have to know that for every victory you take, you get extra weight for the next race – in this case 25 kilos if you win. And then the next race usually doesn’t go so well,” says Rast.

The burden of success plays a bigger role in the 2022 DTM season than it did last year because the distribution among the top 3 has been changed. Whereas in 2021 the winner had to add 25, the runner-up 18 and the third 15 kilograms at the following race, this year the distribution is 25-15-5. A third place therefore earns 15 points, but is hardly penalised by ballast.

Thanks to his personal “triple tactic” – Rast has already finished third three times this season with car number 33 – the Audi driver is now also third in the championship after a difficult start to the season and is thus the best driver of the brand with the four rings. With a gap of just ten points to championship leader Mirko Bortolotti, Rast has tasted blood in the fight for DTM title number four.

“When you get a little taste of the championship, of course you want to win, no question about it,” says Rast. For a driver who usually stacks the deck, that’s quite a challenge. “But we have a lot of other competitors who want the same thing,” Rast continues.

“I hope that we at least stay where we are. But if you have four bad weekends now, theoretically it might not even be enough for the top 10,” he explained. “So we have to take it as it comes – and hope we have four good weekends.”

The remaining four circuits should not be an obstacle in this endeavour, according to Rast. “All the ones coming up now are actually very cool. We have Nürburgring next now, which is one of my favourite tracks because I’ve had a lot of success there.”

“Then we have Spa-Francorchamps in Belgium – a historic, very famous track, with a lot of cool sections like Eau Rouge and so on. Then Red Bull Ring in Austria – also another good track -, and Hockenheim, the finale, which I actually always like very much as well. “