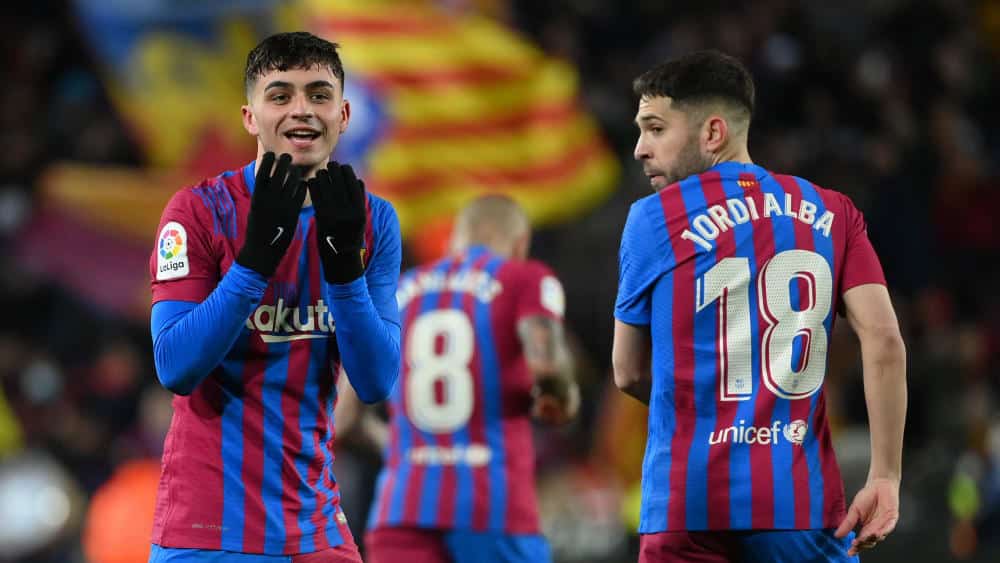 FC Barcelona won the top match on Sunday evening against Sevilla with 1-0. A brilliant moment from Pedri brought not only the treble but also 2nd place in the league.

Things have been going really well for Barcelona in recent weeks, the team has hit its stride under Xavi. They haven’t lost any of their last twelve competitive games, winning nine and drawing three. A highlight was last weekend at the Bernabeu, when rivals Real Madrid were shown up 4:0. After this demonstration, there was only one change, Dani Alves displaced Garcia to the bench. The Brazilian played at right back as usual, with Araujo moving into central defence.

With a win against Sevilla, Barça had the chance to take second place. In this top La Liga match, a tough first half developed. Barcelona did a bit more for the game, but in the final third it still remained too inaccurate to seriously pose problems for Sevilla. Ferran Torres tried a shot that was too high (8th). The visitors from Andalusia were very solid defensively, but hardly anything went forward.


Just before the break, the home side pressed again: Dembelé did not make enough of his free header, Koundé saved in the middle from Aubemeyang (44th), and shortly before the break, the visitors’ keeper Bono was on his toes against Aubameyang (45.+1). The game went into the dressing rooms goalless.

Barça turn up the heat after the break

After the break, the game took a quarter of an hour to get up to speed. Then Barça in particular turned up the heat, Ferran Torres’ direct shot was saved by Bono (63rd). On the other side, Rakitic had the best chance of the entire match, but his free-kick hit the net (66). From then on, only the home side played, Piqué’s header hit the crossbar (69.).

The 1:0 for Barcelona was in the air – and it fell deservedly: Pedri drew up twice in front of the penalty area, let two opponents slip into nothing – and then scored dry and placed into the left corner (72.). This brilliant moment by the young Spaniard put the Blaugrana on the winning track, from which they could no longer be diverted. Sevilla, who were weak on the whole, came up with almost nothing in the final phase, and Ferran Torres missed the early decision with a header (77th).

Barcelona still managed a well-deserved three points. This was also due to the fact that ter Stegen made up for his mistake shortly before the end and saved the shot of ex-Bremer Augustinsson (90.+2). Barça extended their unbeaten streak to 13 games and are ready for the first leg of the Europa League quarter-finals in Frankfurt on Thursday.