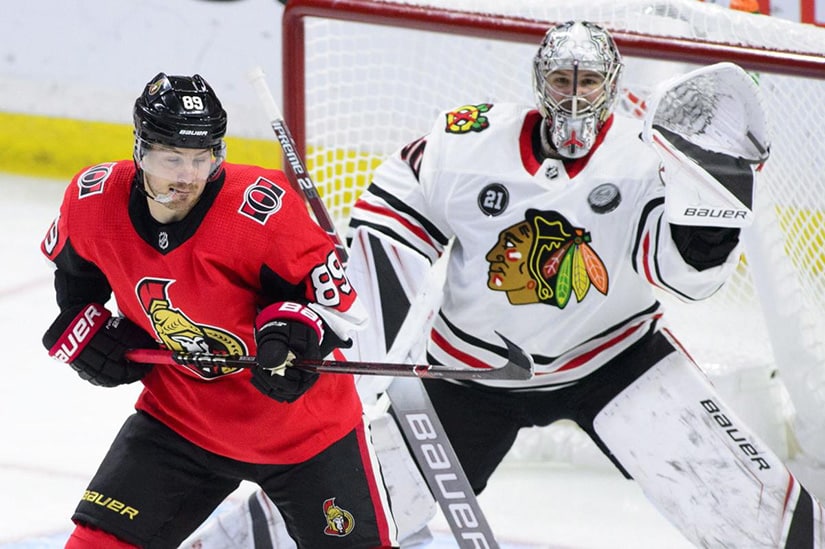 Another day, another crazy game in the NHL. Chicago and Toronto repeated what Pittsburgh and Washington did on Thursday, only this time, it was the guests who ran away with the 7-6 victory.

Goals by Jonathan Toews and Alex DeBrincat gave Chicago an early 2-0 lead, but Toronto responded with two goals of their own (Auston Matthews and Kasperi Kapanen) in a span of 34 seconds to tie the game at 2-2. Then, summer’s most prized free agent signing John Tavares stepped onto the scene, scoring Maple Leafs’ next three goals. The completion of his 9th career hat-trick gave his team a 5-4 advantage with ten minutes to go.

With less than two minutes remaining, the Blackhawks emptied the net and Patrick Kane found it to even the scoring. Toronto’s rising star Auston Matthews immediately responded on the other end, forcing the opposition to empty the net once more. With 30 seconds to go, Kane repeated what he did a minute earlier, striking the corner of Sparks’ net to make it 6-6. 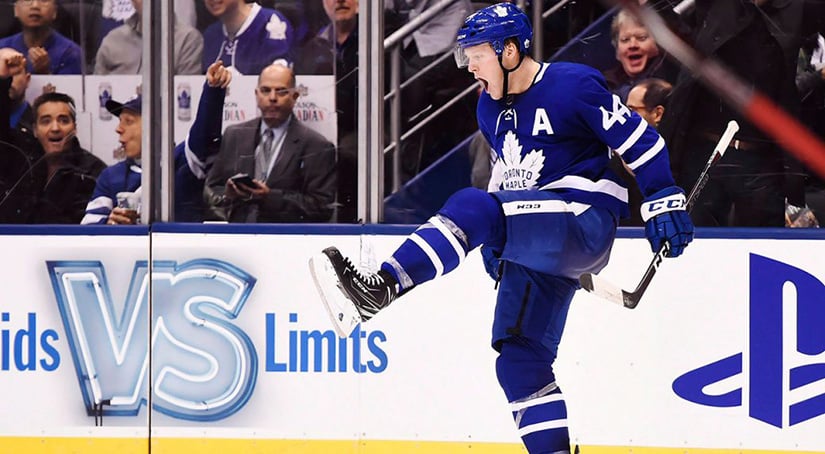 Goals were falling like rain drops and it didn’t stop in overtime, where Morgan Rielly scored 19 seconds into the extra period to grab the win. The goal completed an extraordinary sequence of events in a crazy game. Blackhawks coach Joel Quenneville admitted as much.

“It was a pretty crazy game,”

“The quality of chances, the quantity of goals, the way it ended was a different level of unpredictability.”

Rielly was happy with the winner, although he would rather avoid matches like this in the future.

“Obviously a strange night with the way it finished,”

“We don’t want to be in those games too often, but obviously we’re happy with the outcome.”

Toronto goalie Garret Sparks, who is a native of Chicago and hadn’t made an NHL start in two years, didn’t have the best of nights, but was glad to draw the long end of the straw.

“I went up against my childhood heroes tonight and there’s nothing cooler than that,”

The Chicago Blackhawks were hoping for a 3-0 start for the first time since the 2012-13 season. Losing the home opener in such fashion certainly stung, but at least they got a point out of it.