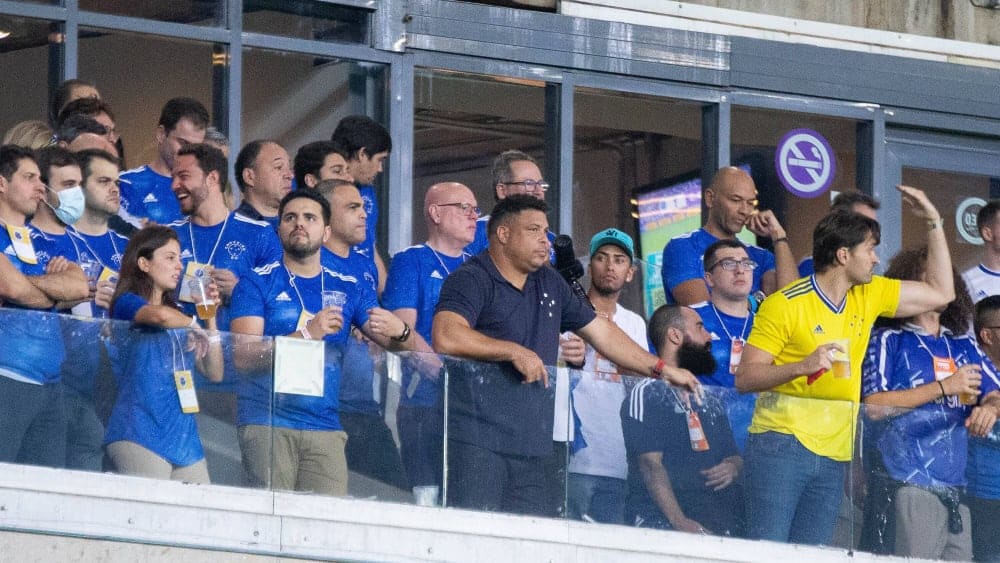 Next party for Ronaldo: Brazil’s football icon has ended three years of second-class status with Cruzeiro.

Ronaldo can’t stop celebrating in his new venture as club boss. Barely four months after winning promotion with Real Valladolid in Spain, the three-time world footballer also brought Cruzeiro EC from Belo Horizonte back to the Brazilian top flight after three years in the second division. And thus got the gift he had hoped for on his 46th birthday on Thursday.

The four-time champions can no longer be ousted from the four promotion places with seven matchdays remaining after a 3-0 (1-0) win over Vasco da Gama, coached by former Bundesliga star Jorginho (Leverkusen, Bayern Munich). The temporary end of the suffering for the traditional club, who lost to Bayern Munich in the 1976 World Cup final and Borussia Dortmund in 1997, was experienced by 59,204 fans in the packed Mineirao Stadium.

With the final whistle blown, Ronaldo euphorically stormed off the pitch where he made his professional debut 29 years ago in a Cruzeiro jersey. “Today is a glorious day,” said the 2002 world champion, but reminded us right in the hour of triumph: “We are still in immense financial difficulties.” Ronaldo officially became a majority shareholder in the newly formed football company in April after the club was virtually on the brink of bankruptcy.