HomeBasketball4:2 against the Timberwolves: Memphis back in the quarterfinals for the first...
BasketballBasketball NewsNBANBA News

4:2 against the Timberwolves: Memphis back in the quarterfinals for the first time since 2015 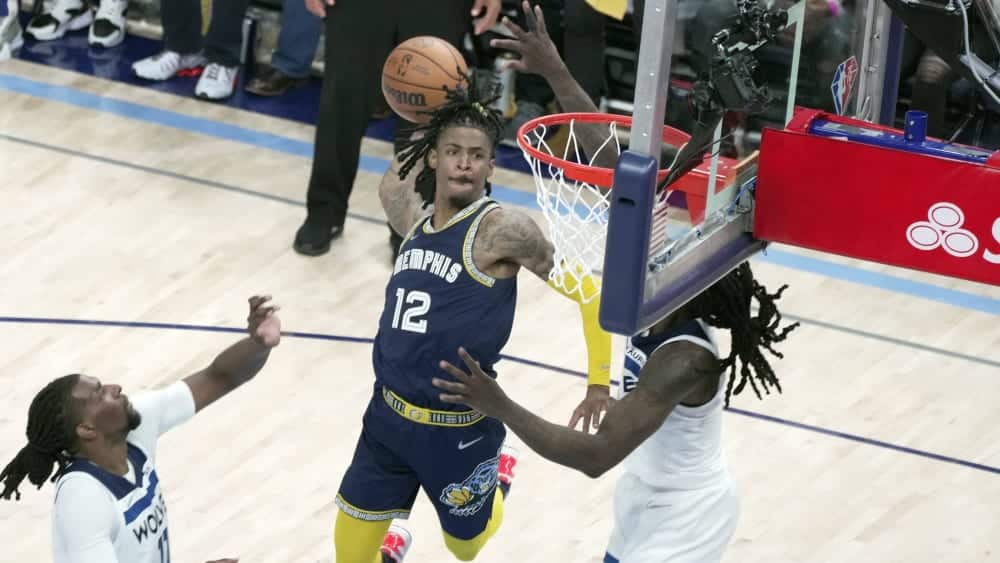 The Memphis Grizzlies have prevailed in the sixth game against the Minnesota Timberwolves and won the first-round series 4:2. Now it’s on to the quarterfinals against the Golden State Warriors.

On Friday night (local time), the Grizzlies came back from a big deficit in the third quarter to win 114-106 in the end, taking their first lead of the second half at 101-99 in the final quarter. Already in the games before, the Timberwolves had collapsed shortly before the end.

Anthony Edwards scored 30 points for the home side and was the best scorer of the game. Desmond Bane and Dillon Brooks each scored 23 points for the Grizzlies. Youngster Jo Morant had 17 points and eleven assists.

As the second-best team in the Western Conference, the Grizzlies were favourites going into the first-round series and now have home-court advantage in the quarter-finals against the Warriors.

Kleber against the Suns, Theis at the defending champs

The quarterfinal series begins Sunday for Memphis. In the other Western Conference semi-final, German international Maxi Kleber will face the Phoenix Suns with the Dallas Mavericks.

In the East, the Bolton Celtics with Daniel Theis face the defending champion Milwaukee Bucks, and the Miami Heat play the Philadelphia 76ers, who have to do without their star centre Joel Embiid. Embiid suffered a fractured eye socket in Thursday’s sixth meeting with the Toronto Raptors after a collision with Pascal Siakam and will be out for weeks.