Barnes is “Rookie of the Year” – Wagner finishes fifth 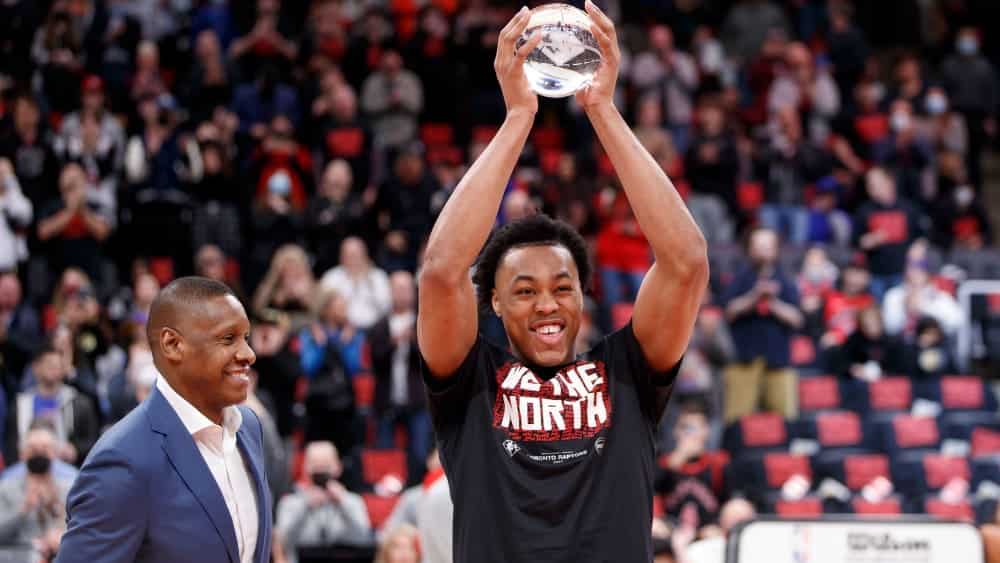 Franz Wagner had a good debut season in the NBA, but it wasn’t enough to be voted “Rookie of the Year”. The award went to Scottie Barnes of the Toronto Raptors.


Wagner of the Orlando Magic finished fifth. The German played a supporting role in the voting, the main protagonists were Barnes and Evan Mobley of the Cleveland Cavaliers. The 20-year-old Barnes won with a total of 378 points, narrowly ahead of Mobley (363). The 15-point difference is the narrowest margin since the voting system was introduced in the 2002/03 season.

The versatile forward Barnes, selected fourth in last year’s draft, averaged 15.3 points and 7.5 rebounds, also making the playoffs with the Raptors against the Philadelphia 76ers.

The 20-year-old Wagner, on the other hand, clearly missed the play-offs with Orlando – the Magic finished the season with the second worst record of all teams. Wagner, after all, averaged 15.2 points and 4.5 rebounds in 79 games.

Share
Facebook
Twitter
Pinterest
WhatsApp
Previous article4:2 against the Timberwolves: Memphis back in the quarterfinals for the first time since 2015
Next articleAn addiction and a lot of mentality: Real Madrid celebrate their 35th championship