HomeLa Liga4:1 after falling behind: Real are ready for PSG
La LigaLiga bbva

4:1 after falling behind: Real are ready for PSG 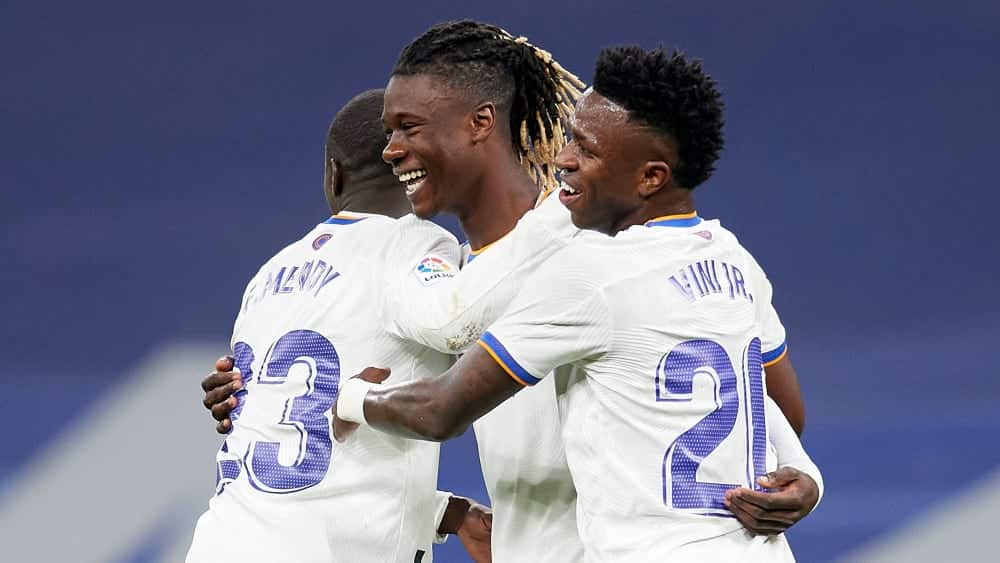 Real Madrid are still on course for the La Liga title. Despite falling behind early on, the Blancos won 4-1 against Real Sociedad and celebrated a successful dress rehearsal for the Champions League.


Real coach Carlo Ancelotti largely dispensed with personnel changes despite the upcoming difficult Champions League task against PSG. With the exception of the injured Kroos, the Blancos fielded basically everything of note.

However, the Royals missed the start of the game, struggled for a long time and fell behind early on (10th) after a bad clearance by Carvajal against Silva and Oyarzabal’s subsequent penalty.


With the lead behind them, San Sebastian started to counter-attack more and more – and that brought Real back into the game. The Madrilenians got more access and turned the game around before half-time. Camavinga (40.) and Modric (43.) turned a 0:1 into a 2:1 lead at the break with wonderful long-range shots.


After the restart, the game became a one-sided affair. San Sebastian showed some effort, but Real had more drive towards the goal – and brought about the preliminary decision with less than a quarter of an hour to go. Benzema took advantage of a penalty (Aritz to Vinicius) to score his 20th goal of the season (76th). Asensio made the final score 4:1 shortly afterwards (79.).

Real extended their lead in the table with the win and also gained fresh self-confidence for the CL duel with PSG.