3-3 against Leeds: Three scoring points from Coutinho not enough for Aston Villa 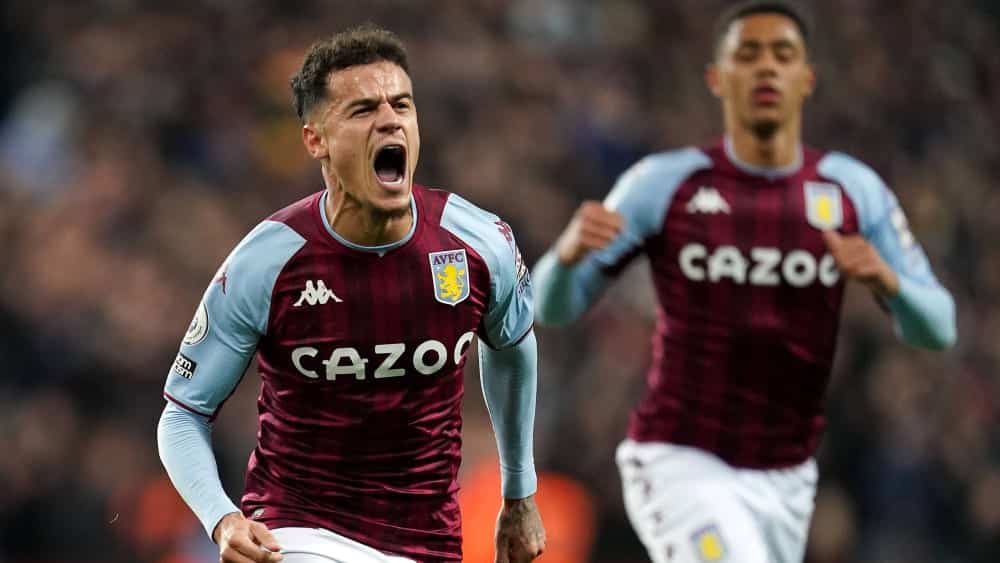 Aston Villa only drew in a high-scoring game on Wednesday night. Despite an outstanding performance from midfielder Coutinho.

13 minutes. That’s how much time Coutinho had needed to put his stamp on the game against Leeds United. The Brazilian, on loan from FC Barcelona in the winter, finished cool once (30th) and then even set up two more goals.

Wonderful assist for the 2:1

His assist from minute 38 was particularly noteworthy: with a wonderful opening pass, the ex-FCB player sent Ramsey on his way, who finished safely five minutes later, again after an assist from Coutinho.


Leeds United had taken an early lead at Steven Gerrard’s side. James (9.), who also reduced the deficit at the end of the first half (45.+2), also scored a brace.

Llorente has the last word

The former ManUnited player’s goals were also decisive in the end, as Llorente dusted off a weak clearing attempt in the second half (63rd). Ex-Liverpool player Coutinho was unable to make an impact after the break, and his teammate Konsa was shown a yellow card in the 87th minute. Despite eight minutes of injury time, the score remained 3:3.

Share
Facebook
Twitter
Pinterest
WhatsApp
Previous articleSaints turn the game around in three minutes: Tottenham lose to Southampton
Next articleWith a lot of luck: Chelsea struggle into the final of the Club World Cup