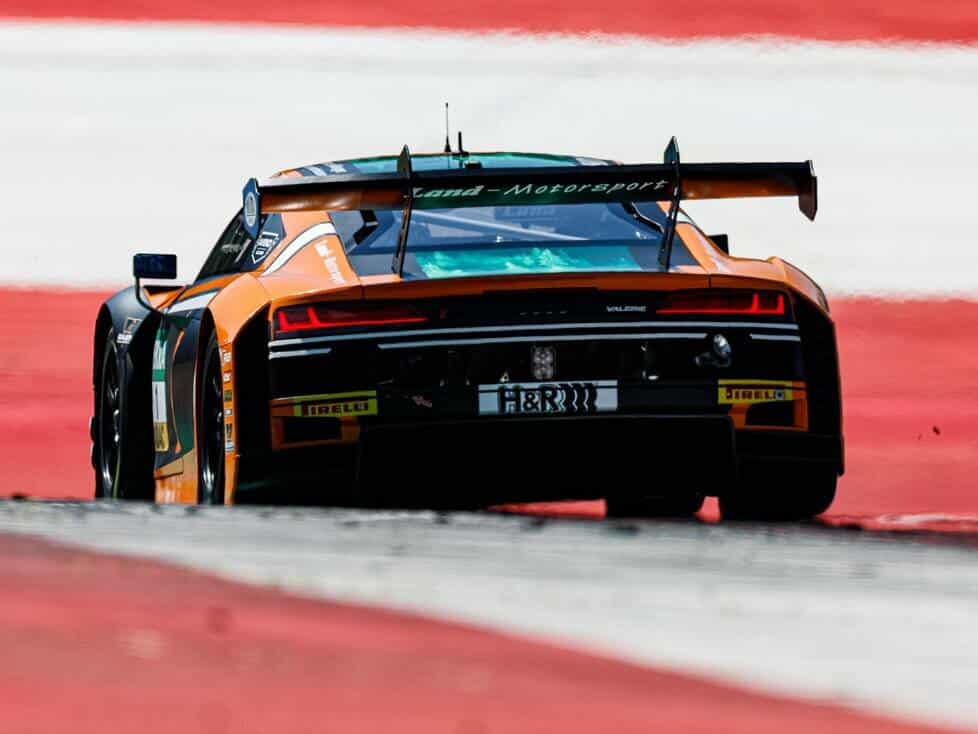 There were numerous track limit infringements in the two Friday practice sessions at the ADAC GT Masters – However, no problems are expected for the race days

95 track limit infringements in the first, 63 in the second practice. Friday at the ADAC GT Masters was very reminiscent of the horror year 2020, when there was even an additional drivers’ meeting because the race control couldn’t keep up. Yet everything worked so well in 2021. So what happened?

Not much really. There should be no problems with the track limits for the rest of the weekend.

How can that be? “It was no different last year,” says Sven Stoppe, race director of the ADAC GT Masters since 2021. “The drivers test out exactly what works and what doesn’t on Friday. I don’t take a critical view of that. I don’t expect any major problems for the rest of the weekend either. “

Since 2021, the track limits at the Red Bull Ring in the ADAC GT Masters have been monitored with the help of bollards. What happens in between doesn’t matter, but from the bollard onwards the car has to be back on the track.

But there has been a small change. After Maro Engel’s starting accident in 2021, the bollard in the Lauda curve was removed again. The end of the “baguette” curb is now the reference.

The drivers are very happy with the regulations. “I am very satisfied,” says Oschersleben winner Fabian Schiller. “The ADAC made the right decisions, especially in the last two corners. With normal handling, you have messages all the time. That was really well solved. “

“Unfortunately, track-limit regulations are a big issue on every race track nowadays, including here. But this is handled excellently by the ADAC with the current rules. It gives us drivers more leeway and makes it easier for the race organisers. “

Warnings for six plus one drivers

Frank Bird from the Landgraf team is happy about the quick feedback: “If you make a mistake, you get told right away in the car. You know where you’re doing it wrong and it’s not too strict. I think that’s good.” This is exactly why the drivers have been testing out what is possible and what is not, in order to be perfectly prepared for qualifying.

By the way, the Joos-Porsche 91 (Engelhart/Güven) was the only car to remain completely undamaged. “We passed,” laughs former champion Engelhart. “I think the solution in turn 1 is better than last year. Because we did see a few accidents there. That was decided correctly. “

Nevertheless, some track-limit violations had consequences for individual drivers. Jan Marschalkowski (ZVO), Niklas Krütten, Nick Catsburg (both Schubert), Mick Wishofer, Frank Perera (both Emil Frey), and Maximilian Paul (T3) each received a warning for leaving the track three times. Five warnings result in a ten-place penalty. In 2021, that was still the case with three.

Series rookie Leon Köhler also picked up a caution. He crossed the line at the pit entrance with the ID-Porsche 44 (Köhler/Evans) in the first free practice.

There is another change on the track compared to last year, but it has no effect on the track limits: The baguette kerb has been removed at the exit of turn 7, after several cars had broken their front splitters there recently.