ATP not awarding points for Wimbledon 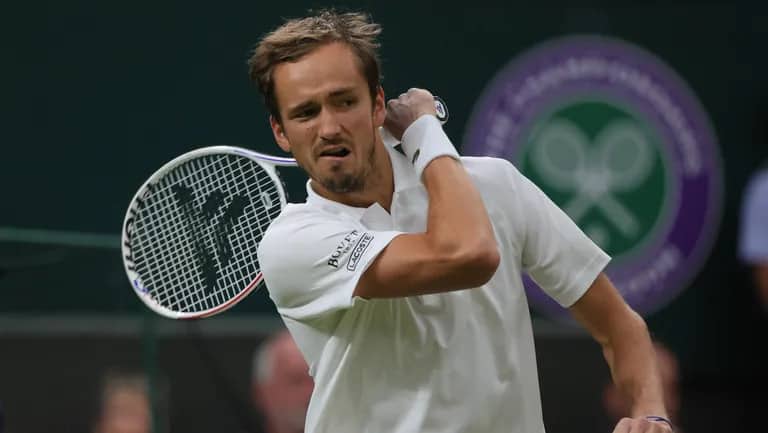 The ATP has made a far-reaching decision. Due to the exclusion of Russian players at Wimbledon, no world ranking points will be awarded at the tournament in London.

Those who take part in the venerable Wimbledon tennis tournament this year will have a chance at the title – but will not be able to collect any world ranking points. The players’ association ATP announced this decision on Friday.

“It is fundamental to our tour that players of all nationalities are able to participate in tournaments on the basis of merit and without discrimination,” the ATP press statement said.

“Wimbledon’s decision to exclude Russian and Belarusian players from the tournament in the UK this summer undermines this principle and the integrity of the ATP ranking system. It is also incompatible with our ranking agreement. Unless circumstances change, it is with great regret and reluctance that we see no option but to remove ATP ranking points for Wimbledon 2022.”

He said the ATP wanted to prevent a precedent whereby individual tournaments would be allowed to discriminate against certain players by their own decision. “This is not feasible in a tour that takes place in more than 30 countries,” it said. The ATP tournaments at Queen’s Club and Eastbourne in the run-up to Wimbledon, on the other hand, award points towards the ATP ranking, and players from Russia and Belarus are eligible there.

In mid-April, the organisers of the third Grand Slam tournament of the year had announced that Russian and Belarusian tennis professionals would not be allowed to compete in London. The reason for the ban: the Russian regime, which has been waging a war of aggression against Ukraine since 24 February – and is supported by Belarusian ruler Alexander Lukashenko – should not be allowed to profit from the sporting success of their athletes.

The ITF, which awards world ranking points for wheelchair competitions and juniors, as well as the WTA, responsible for women, also announced that they would not award any points.

One person who will be particularly hurt by the removal of points is defending champion Novak Djokovic. Due to his success last year, the Serb would lose 2,000 world ranking points – and thus a lot on his pursuers. Daniil Medvedev (number two in the world) and Alexander Zverev (number three) already failed in the fourth round in 2021, earning only 180 points. This would automatically make up 1880 points – and reduce the gap to Dkojovic or even pass him.