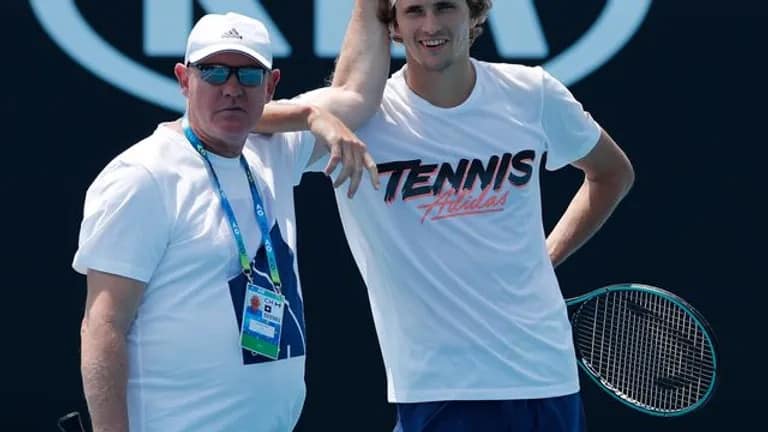 Rome – Tennis star Alexander Zverev is happy about the comeback of his father and coach on the ATP Tour. “I’m happy, also for him, that he’s back,” said the world number three at the Masters in Rome.

There, Alexander Zverev senior is back with his son for the first time since September 2021. Since then, the 25-year-old Olympic champion had reported that his father could not be there “for health reasons”. Most recently, former professional Sergi Bruguera had stepped in as coach.

But now Zverev senior is expected to be one of the keys to the Hamburg player’s first Grand Slam success when he serves at the French Open in a week and a half. “He gives me a certain calmness, a certain self-confidence,” he reported. “After all, he was there from the beginning of my career. Nobody knows me better on court than him. He gives me something there that I can’t get from anybody else, a kind of calmness and confidence. That’s just there when he’s there.”

In addition to his father as coach, Zverev junior is banking on better preparation this year ahead of the clay-court climax in Paris. “I always thought that in the years before I found my top form too early, maybe already in Madrid, partly here in Rome,” he told Deutsche Presse-Agentur. This year, he said, he did many things differently to be in the best shape later in the year. “I found that the last few weeks I started to play better: in Madrid, also here. Hopefully in Paris I’ll be in top form then.”

In Madrid, Zverev was only defeated in the final by Spanish young star Carlos Alcaraz, in Rome, the quarter-final against Cristian Garin from Chile is on the agenda today.