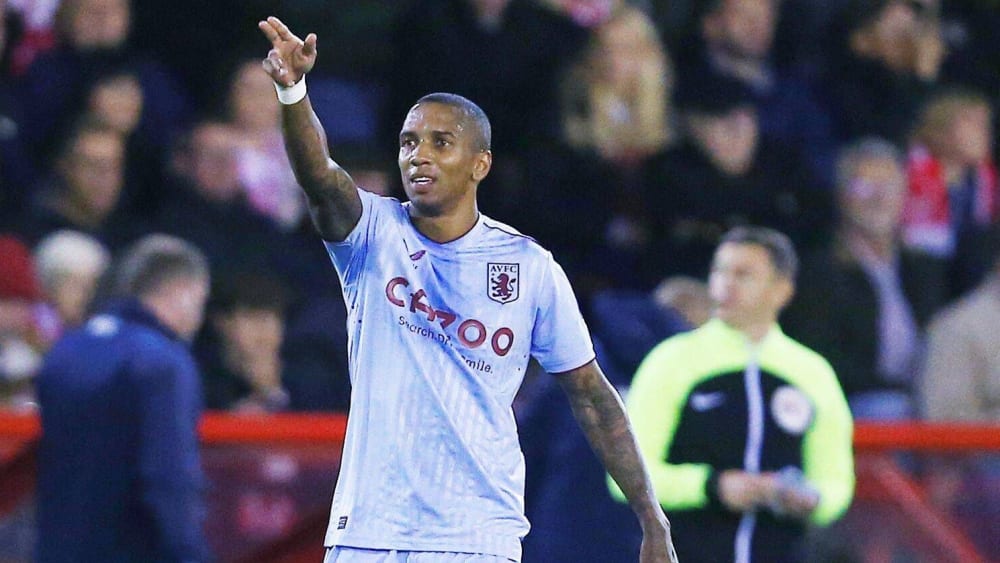 Nottingham Forest earned a point in a 1-1 draw with Aston Villa to move out of last place in the Premier League. Veteran Young scored a special goal for the visitors.

So they can do it after all: Premier League promoted Nottingham Forrest picked up a point after five defeats in a row. After a quarter of an hour, an ex-Cologne player showed his gratitude for the confidence of his coach Steve Cooper, who had surprisingly extended his contract during the week: Dennis nodded in without any problems on his starting debut (15th).

From then on, the home side were in a state of decline and Forest were not even dangerous again until the end. It was a different story for the Villans, who made the game their own in the second half and equalised before the break after Young scored from distance (22).

Despite the superiority of the visitors from Birmingham, home keeper Henderson only had to intervene against Watkins (61.). It was the first time Nottingham had picked up a point in the league since 20 August, the last five Premier League defeats coming after a 1-1 draw at Everton FC. New old bottom of the league is Leicester City.

The scene of the game, meanwhile, remained the 1-1 scoreline from Young, who scored for the Birmingham side for the first time since May 2011 and, at 37 years and 93 days, became the Villans’ second oldest goalscorer to date. Only renowned former goalkeeper Peter Schmeichel has scored at an older age for current 16th-placed Aston Villa in the English top flight.