“You have to fight your way out of it”: Bierhoff’s message to Sané 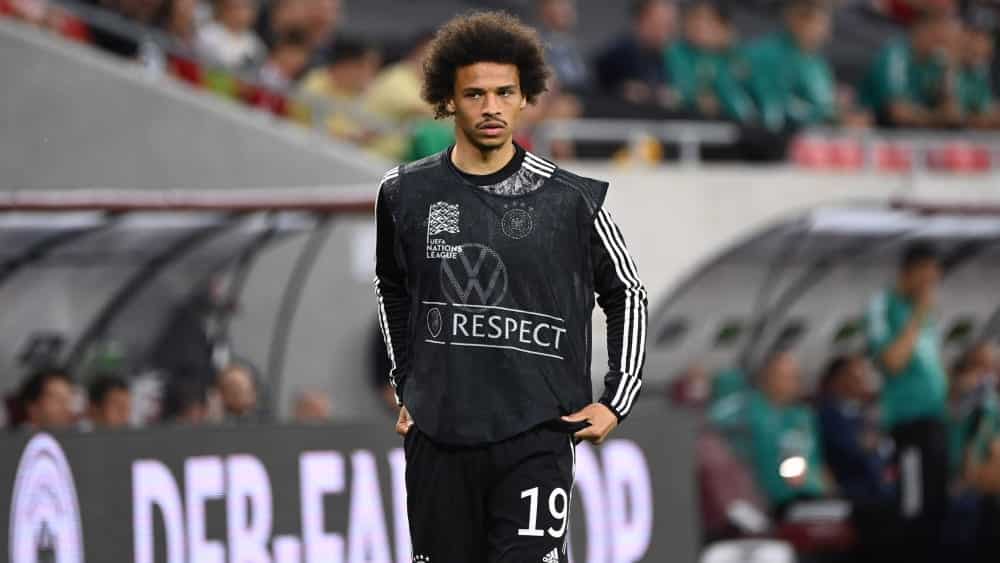 Leroy Sané is currently looking for his form and is not finding his way in the national team. Oliver Bierhoff has now made a small announcement to him.


After starting the season with whistles for Leroy Sané in Munich, the winger with such high potential picked himself up and then played a good first half of the season with five goals and five assists in the league, in addition to a strong nine scorer points in the Champions League. But after a few weeks in the second half of the season, with two assists in Cologne and a goal in Berlin, things changed. The 26-year-old then failed to find his form, which is why one had to ask: What was and is going on with Sané?

This question is probably also being asked by the DFB team, because the 44-time international is currently not convincing. In Italy (1:1), the attacking player was in the starting eleven, but played a weak game and was substituted after 59 minutes. Against England (1:1), Sané came off the bench after 83 minutes and was also not particularly good in the game. Finally, on Saturday night in Hungary (1:1), there were no minutes of action at all.

“It’s not an easy situation for him. We help him, but of course he also has to help himself. In the end, as a player, you have to fight your way out of it,” Bierhoff said of Sané and made a small announcement to the Bayern player: “You mustn’t overinterpret his body language, that’s just his way. But the important thing is that he knows he has to perform despite that body language.”

National coach Hansi Flick has patience with his players, but this will also be used up at some point, as Bierhoff explained: “Hansi is very communicative, is very uplifting, always tries to win the players over. But at some point you also have to say, that’s it now – and then a player has to make something of it. “