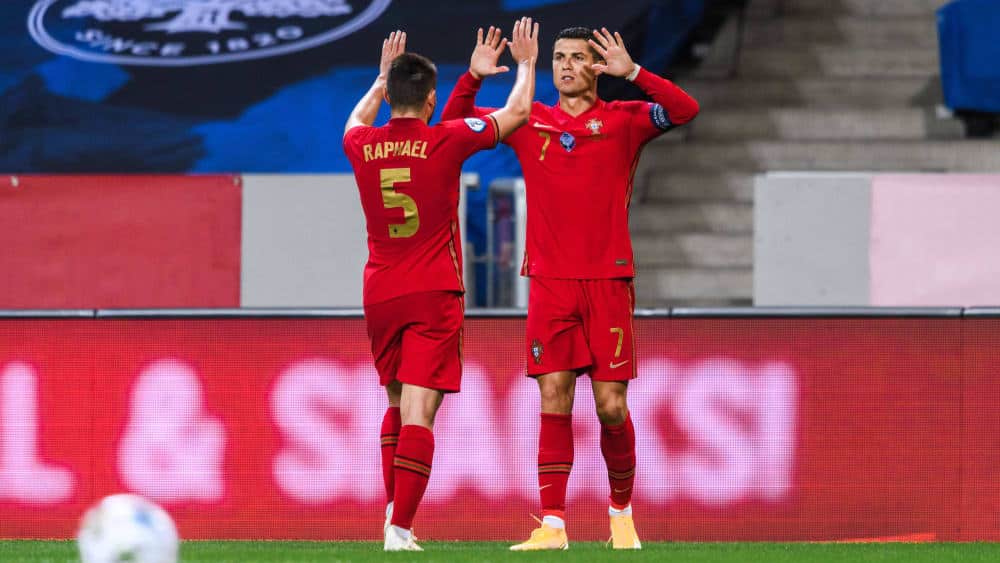 Three Portuguese internationals will not travel to Switzerland due to load management. In addition to Cristiano Ronaldo, Dortmund’s Raphael Guerreiro is also among them.

News from the Portuguese FA: With captain Cristiano Ronaldo, BVB pro Raphael Guerreiro and also Joao Moutinho (Wolverhampton Wanderers), three internationals will not make the trip to Geneva, where the Nations League match against Switzerland is scheduled for Sunday for the leaders of League A, Group 2.

The three players are not injured, instead they are getting rest. National coach Fernando Santos officially called the reason “a normal management issue”. He said it made “no sense to travel to Switzerland with 26 players when only a total of 23 can sit on the bench”.

In the first leg last Saturday – an emphatic 4-0 – goal-scorer Cristiano Ronaldo had still contributed two goals to the win, while Joao Moutinho and Guerreiro did not play a minute on the pitch. Instead, both started in Portugal’s 1-1 draw with Spain in their first group game of this year’s Nations League.

In the last match to date, a 2-0 win over the Czech Republic, all three players involved were on the pitch, although Joao Moutinho only made a short appearance.