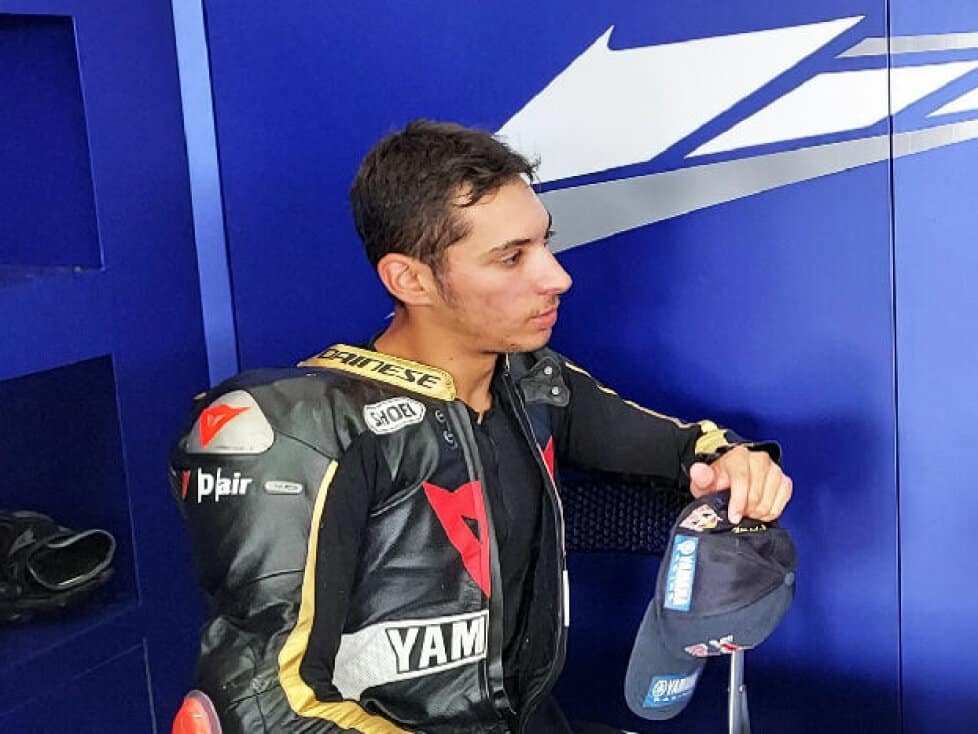 In Motorland Aragon, World Superbike champion Toprak Razgatlioglu tested the Yamaha M1 from the World Motorcycle Championship for the first time and is thrilled despite premature end

21 June 2022 is a historic day for Toprak Razgatlioglu, as it is the date of his long-awaited first test on a MotoGP bike. At Motorland Aragon near Alcaniz in Spain on Tuesday, the current World Superbike Champion completed 40 laps on a Yamaha M1 during a Yamaha private test.

Supporting Razgatlioglu on his first MotoGP test was Yamaha’s MotoGP test rider Cal Crutchlow. The Turk used the Briton’s lap times as a reference for his first outing on a thoroughbred Yamaha prototype.

In midsummer temperatures, Razgatlioglu began the day with a stint of twelve laps. After all, it was not only the motorbike with all its technical finesse that was new to him. He was also unfamiliar with the Michelin tyres. In the World Superbike Championship, where Razgatlioglu won the 2021 World Championship title as a Yamaha factory rider and celebrated his first victory of the 2022 season in Misano one and a half weeks ago, Pirelli tyres are used.

Following his first dozen laps on MotoGP bikes, Razgatlioglu took to the track for several short stints. In between, he came back to the pits to give feedback and allow the crew to make appropriate changes to the bike. In the end, 40 laps were completed as a heavy rain shower brought the test day to an early end.


Razgatlioglu is satisfied with his first impressions. “This was my first day on the Yamaha M1. It feels completely different from my R1. More horsepower, different electronics, seamless gearbox, all this is completely new to me. With every lap I have learned,” he confesses.

“The jump from a superbike to a MotoGP bike is not so easy. Luckily I had Cal Crutchlow by my side, who gave me advice and helped me a lot,” says Razgatlioglu.

Asked about his specific impressions of the M1’s handling, the WSBK champion replies, “The bike feels good. The speed on the straights is very high. The carbon brakes were an interesting experience for me. “

What else Razgatlioglu noticed: “If you watch the MotoGP bikes on TV in Aragon, you can see that they struggle a bit with the bumps of the track. I can confirm this impression now. But it’s not that bad. You have to keep the throttle open to cope with the bumps. If you close it, the bike becomes more unstable.”

“Overall,” Razgatlioglu said, “it was an extremely positive test, even though it ended early in the afternoon due to rain. So I wasn’t able to do as many laps as I would have liked. But I really enjoyed riding the MotoGP bike. Thanks to Yamaha for giving me this opportunity. “