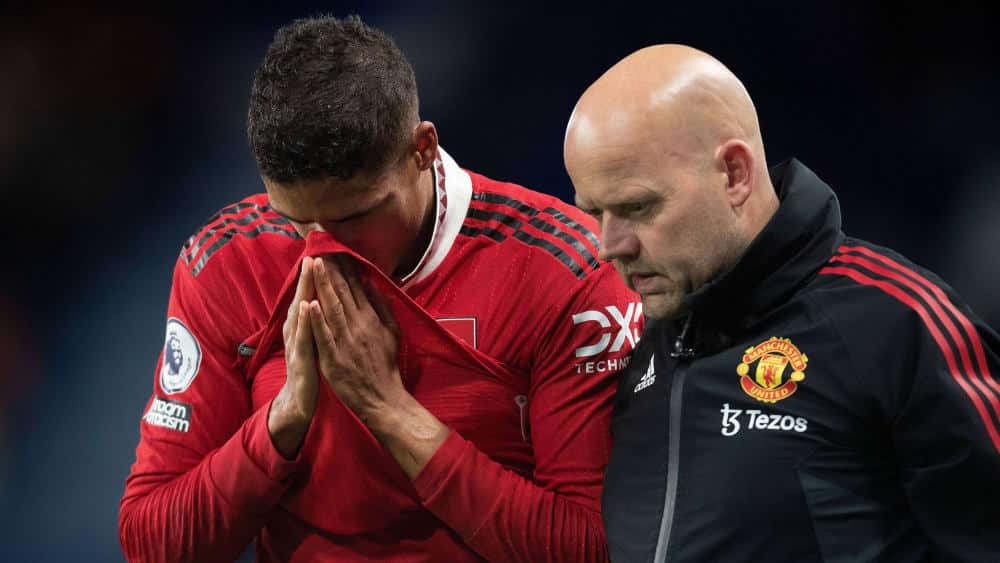 Manchester United will not be able to call on Raphael Varane before the World Cup. Does the injury also mean he is out of the World Cup?


France coach Didier Deschamps will have to wait and see whether Raphael Varane will be available for the World Cup in Qatar. If so, the 29-year-old centre-back would arrive without match practice.

On Wednesday, Erik ten Hag, Varane’s coach at Manchester United, confirmed that the 87-time international would not be fit to play before the tournament. “He will definitely be out until the World Cup,” ten Hag said the day before the Europa League group match against Sheriff Tiraspol, which will be followed by five more competitive matches before the World Cup break.

However, the Dutchman did not want to make a World Cup prediction. “We have to wait and see how it develops, how the rehab goes.” France, who travel to Qatar as defending champions, will face Australia, Denmark and Tunisia in Group D of the World Cup preliminary round.

Varane was injured in a duel with Pierre-Emerick Aubameyang in the Premier League match against Chelsea FC (1-1) last weekend and was substituted in the 60th minute, visibly devastated. ManUnited have not yet announced the exact nature of the injury.


At least the 1.91-metre tall player, who is usually a starter under ten Hag, can apparently continue to hope for the World Cup – initially it was feared that he would be ruled out. Against Sheriff Tiraspol, captain Harry Maguire could be given a chance to prove his worth. Maguire has been out of action recently with thigh problems, but had previously been moved to the second string by ten Hag anyway.

United need just one point in their final two group matches to reach the knockout rounds. The Red Devils need to close a three-point gap on Real Sociedad, who visit bottom side Omonia Nicosia on Thursday, if they are to win the group and progress directly to the last 16.