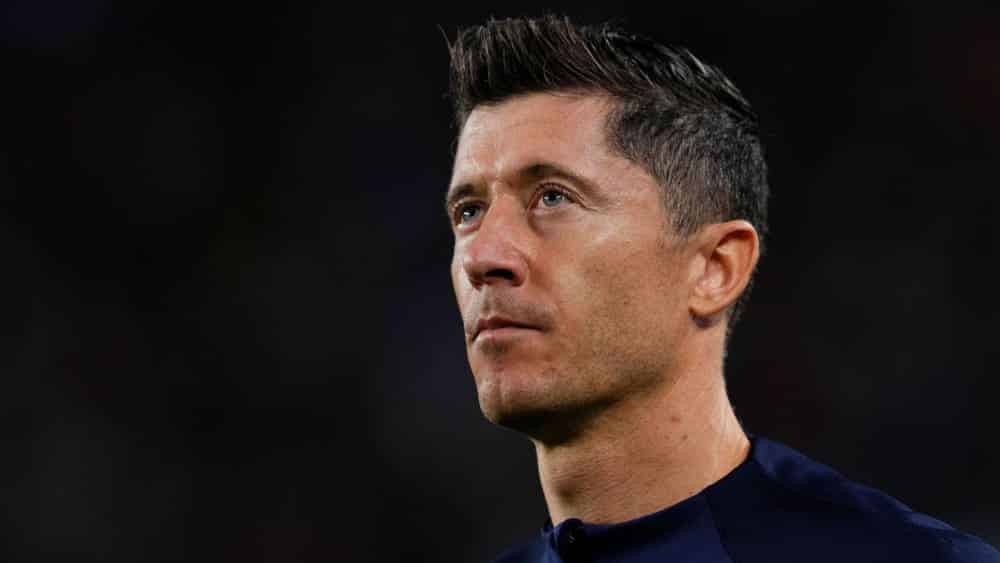 Robert Lewandowski (34) also failed to score in the second leg against FC Bayern, but at least exchanged a few words afterwards.

You couldn’t always say the same about some of the eleven people who ultimately mattered, but well over 80,000 people vociferously defended against another defeat to FC Bayern for 90 minutes at Camp Nou on Wednesday night. Even well after the final whistle, the Blaugrana supporters gave the largely pale Barça professionals a big round of applause, Robert Lewandowski and Co. taking note with hanging heads.

“Of course you feel for him,” said a somewhat better-humoured Thomas Müller about his long-time companion. “When you know what an ambitious athlete Lewy is and what an ambitious club Barcelona is.” And a clammy one at that. FC Barcelona could very well have used the extra millions guaranteed by a place in the Champions League last 16.

Clearly not enough for FC Barcelona

Instead, the runners-up from Spain will play on in the Europa League from February, as they did last year, clearly too little for the club’s demands – and Lewandowski’s demands.

In the league, the Pole scores at will, even in the top flight things went well against Pilsen and Inter. Only against Bayern, of all teams, was “Lewy” unsuccessful twice and, unlike in the first duel in the Allianz Arena, this time even completely without a goal.

The now 34-year-old attacker tried several times, but cut his teeth on Dayout Upamecano and especially Matthijs de Ligt with every attempt. Even the first penalty given when de Ligt allegedly fouled Lewandowski was rightly taken back by referee Anthony Taylor. Disillusioned, but accompanied by applause, Lewandowski finally left the pitch after 81 unproductive minutes.

After exchanging words with his old colleagues on the pitch after the final whistle, Lewandowski even paid a visit to the visitors’ dressing room. “We had a brief exchange,” Hasan Salihamidzic reported, but the sporting director did not want to reveal much more. “We didn’t go deep into the matter.” He said goodbye to Lewandowski as a “good guy”. “We wish him all the best, that’s for sure. “