HomeSerie AWill Milan hold their nerve? These are the decisions on the last...
Serie A

Will Milan hold their nerve? These are the decisions on the last matchday 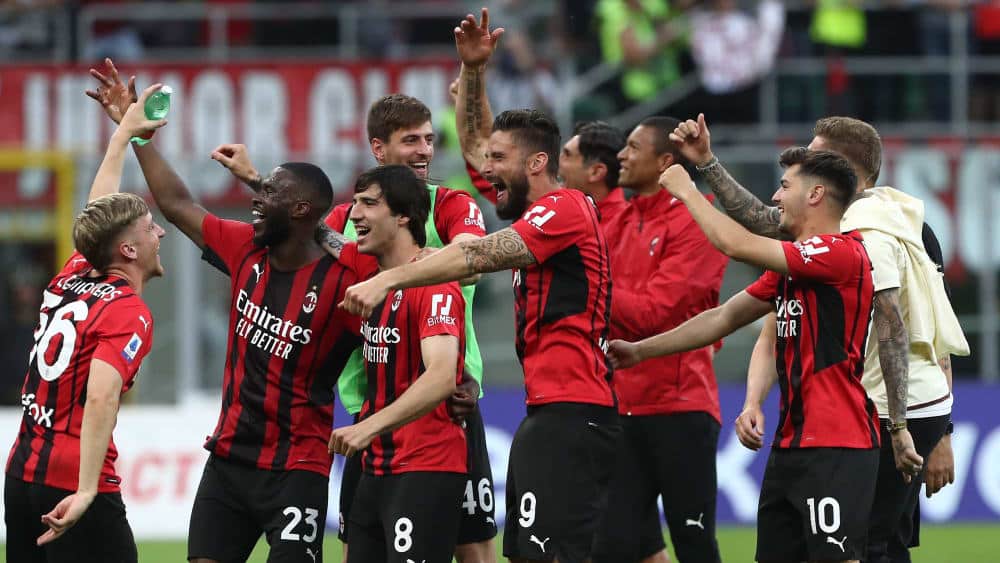 The last matchday in Serie A offers high tension. Many decisions are still open. Who will be champion? Who will be relegated? An overview of the most important unanswered questions.


The tight title fight will come to an end on Sunday when Milan (at Sassuolo) and Inter (against Sampdoria) are challenged simultaneously at 6 pm. Napoli have been eliminated, so the title remains in Milan’s hands. However, with the Nerazzurri two points behind, defending the title is not the most realistic scenario. Milan have also won the direct comparison and therefore have everything in their own hands. So one point is enough for the Rossoneri to win the championship. Inter, on the other hand, have to win in any case and need Sassuolo to win at the same time.

Who will take fifth and sixth place?

While the four Champions League contenders from Italy – the two Milan clubs, Napoli and Juventus – have already been decided, the fifth and sixth places are closer. Lazio are currently fifth and have three points more than AS Roma, but the direct comparison has been lost. The Biancocelesti need one more point against Hellas Verona on Saturday evening to secure this position. However, it could also be that everything is already clear at this point, because AS Roma are already challenged on Friday at FC Torino. If José Mourinho’s team does not win, Lazio can enjoy fifth place on the couch.

Fifth place will play in the Europa League next season, sixth in the Europa Conference League. But for all their hopes of fifth place, Roma must also look behind, because seventh-placed Florence (playing at home to Juventus on Saturday) have just one point less. The direct comparison was won by Fiorentina.

Who will follow Venice and Genoa into Serie B?

With promoted Venice and CFC Genoa under German coach Alexander Blessin, two relegations from Serie A have already been decided. On the last matchday, Cagliari (Sunday evening at last-place Venice) and Salernitana (also Sunday evening against Udinese) will fight a long-distance duel for relegation. Cagliari are two points behind and therefore need help. The two direct duels ended in a 1-1 draw, which is why goal difference would be the deciding factor in the event of a tie. Here, the 18th-placed team would currently have a seven-goal advantage.

Lecce and Cremonese are already cheering

In addition to two relegated teams, two promoted teams have already been confirmed: champions Lecce and runners-up Cremonese will compete in Serie A next season. The third place for the first division will be determined in promotion matches. Benevento will face Pisa and Brescia Monza in the semi-finals. One of the four will be able to celebrate promotion in the end.