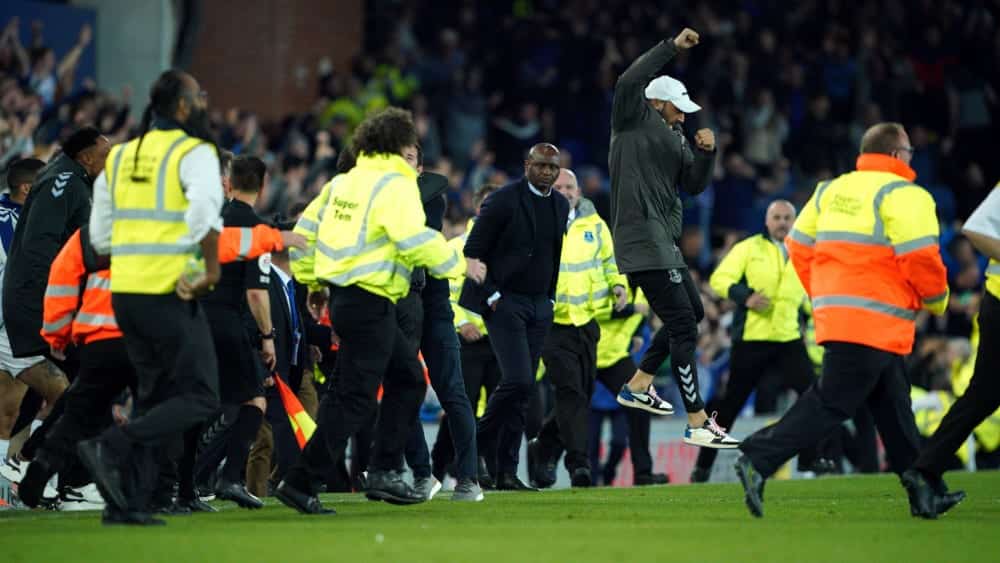 After Everton’s 3-2 win over Crystal Palace, there was an incident involving visiting coach Patrick Vieira.

Video footage shows the 45-year-old Frenchman first attempting to grab and then kicking a suspected Everton supporter on the pitch after Thursday night’s game. The young man, along with numerous other home fans, had stormed onto the pitch after the club had secured their place in the league. “

After the game Vieira did not want to say anything about the incident, but he is now threatened with trouble. The English Football Association has already announced an investigation. It is still unclear why he was so upset. However, the Everton fan can be seen pushing Vieira, who was apparently on his way to the dressing room, giving him the middle finger and waving a mobile phone in his face.

Frank Lampard showed understanding for his fellow coach. “I feel for Patrick,” the Toffees coach said. “I didn’t get him at the end, but I would have said, ‘Come with us’, although I don’t think he would have wanted that.” He said it was “not easy” to run “80 yards down the field” in the middle of the on-field rush.

Vieira, a World and European champion as a player and Arsenal FC midfield boss for years, has been coach at Crystal Palace since last summer. He will finish his first season as Premier League coach in mid-table. One matchday before the end, the Londoners are in 13th place.