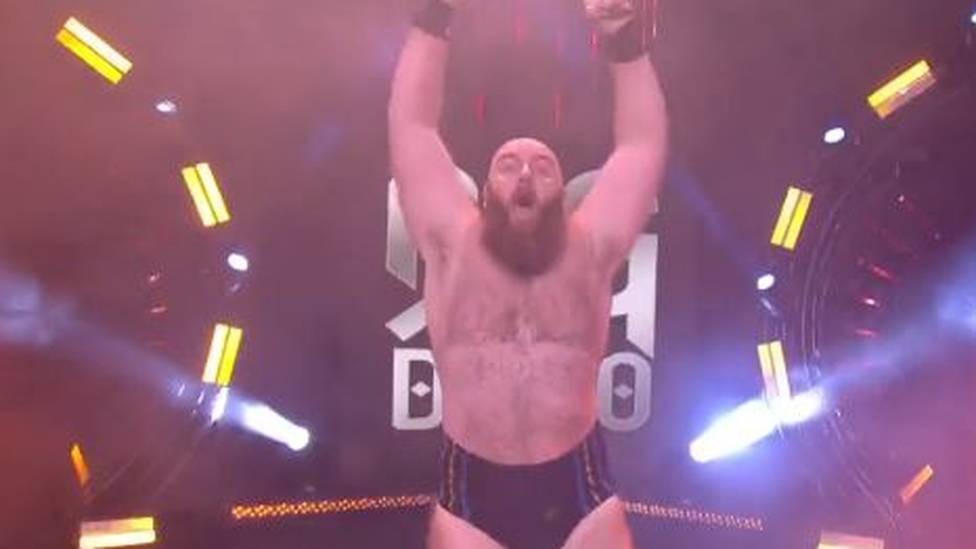 Two weeks ago former Big Cass, on Wednesday former John Morrison – now another wrestler with WWE past has got the opportunity to recommend himself to competitor AEW.

On the current edition of the TV show Rampage, Big Damo, the former Killian Dain, made a surprise appearance.

Damo, former WWE partner of German wrestler Alexander Wolfe in the group SAnitY and husband of former women’s champion Nikki ASH (Nikki Cross), was the build-up opponent of Shawn Spears, who will have a big Steel Cage match against top star in spe Wardlow next week.

Spears, who had announced he would prove his “Giant Killer” skills in the match, defeated the supposedly 140+ pound “Beast of Belfast” in short order with his finisher C4.

Former Killian Dain at WWE hapless in the end

Damo – now balding – was under WWE contract between 2016 and 2021, his biggest role coming as part of the SAnitY grouping with Wolfe, wife Cross and Eric Young in the build-up to NXT. Between 2018 and 2019, the male members of the alliance were also briefly part of the main show SmackDown, where they failed to break through.

The very mobile Damo for his bulk had been in NXT as a singles wrestler with stars like Riddle and Damian Priest, who have since been promoted to the main shows , Damo was ultimately not seen as having the potential he needed, he was part of a larger wave of layoffs last year.

New matches for Double or Nothing

More news at Rampage: For next weekend’s Pay Per View Double or Nothing, the looming matches between the Hardys and the Young Bucks and the House of Black and the Death Triangle have been made official. Also rescheduled was a title defence by TBS Women’s Champion Jade Cargill against Anna Jay, plus the bout between the Jericho Appreciation Society and the quintet of Eddie Kingston, Jon Moxley, Bryan Danielson, Santana and Ortiz got its official shape: It will be an “Anarchy in the Arena Match” with no rules.