HomeMotorsportsWelcome to Miami: That's the conclusion after the first Formula 1 practice...
Motorsports

Welcome to Miami: That’s the conclusion after the first Formula 1 practice session! 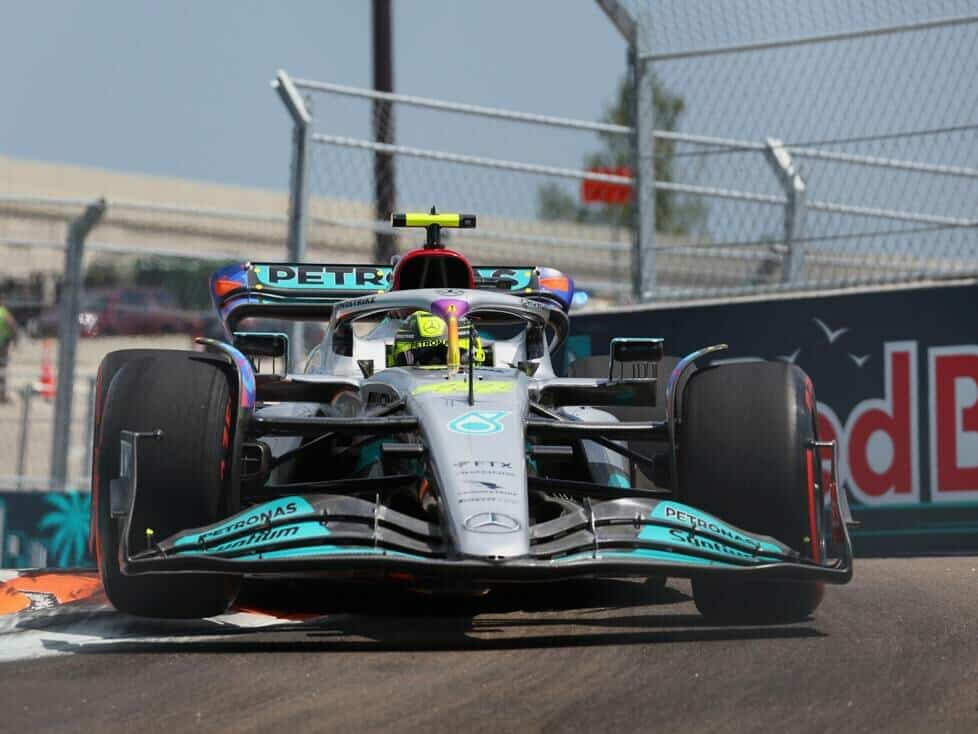 Bumps, tyres at the limit, twisting corners and a crash: The first practice session in Miami was extremely challenging for Formula 1 drivers and teams

The new Formula 1 track in Miami lived up to the hype surrounding the Grand Prix, at least in the first free practice session around Hard Rock Stadium, where the Miami Dolphins usually play football. Not only because of a high-speed crash by Carlos Sainz, which turned out to be harmless. But also because of numerous other scenes that were proof of the difficulty of the track.

The front and rear wings are new (and lighter) on the Mercedes, and although the track in Miami is extremely undulating, the W13 was as smooth on the tarmac as it has ever been in the 2022 Formula 1 season. In contrast, Ferrari (low-downforce rear wing only) and Red Bull (nothing new since Imola) have not stepped up in the development race.

“I don’t think we’re going to make a huge step,” said Andrew Shovlin, Mercedes’ head of on-site operations. “Where we are now, that looks a lot better than where we’ve been in the races so far. One of the big problems here seems to be the overheating of the tyres. We’ve been struggling to get the tyres up to temperature so far. Maybe this will help us here. “

The track in Miami “has it all”, was the first verdict of ‘Sky’ expert Ralf Schumacher. Especially the tight and twisting combination of corners 14-16 tempts the drivers to make mistakes, while the biggest brave passage is probably turn 6-8, i.e. the passage in front of the fake marina that is derided on Twitter & Co. and which in reality is none.

That’s exactly where Valtteri Bottas (17th/Alfa Romeo) caused the first crash of the weekend after 35 minutes on his 14th lap. At the end of the corner, which is closing up towards the back, the Finn slid into the barriers – and took the blame for it: “Sorry, guys,” he radioed contritely. Formula 1 expert Jenson Button’s first analysis: “He braked too late. “

Bottas‘s accident at MiamiGP Turn 7 is treacherous. It tightens up. Reminds me a bit of the “snail curve” in Shanghai. pic.twitter.com/f6Ev5RRJcK

The track in Miami is “technically difficult”, Ralf Schumacher analyses after the first practice. His conclusion: “Overtaking manoeuvres possible, tyres will be difficult, and also the temperatures. From that point of view, the track has pretty much everything you need. And yes, a lot of spectators are there too. Perfect!”

Result doesn’t mean much yet

The result should be taken with a pinch of salt so early in the weekend, because drivers and teams are still a long way from reaching their limit on the new track. Nevertheless, Sainz finished sixth despite his spin with 20 minutes to go, in which he was lucky not to hit the wall, behind Sergio Perez (Red Bull) and Pierre Gasly (AlphaTauri) but ahead of Alexander Albon (Williams).


The tarmac, some of which still had to be patched on Thursday night, offered little grip for the drivers at the start of the weekend. And because everyone wanted to test as much as possible, there were also many a misunderstanding in the heavy traffic around the Hard Rock Stadium.

Many little misunderstandings between the riders

Mick Schumacher (19th/Haas) once got in the way of Daniel Ricciardo (10th/McLaren) – one of several scenes that race officials will study after the session. Another time it was Schumacher who got in Sainz’s way. And Russell was amazed when Esteban Ocon (15th /Alpine) pulled out of the pits in front of him, forcing him to brake hard.

Close call for Russell and Ocon in the pit lane, as they both hurry out to explore @f1miami for the first time MiamiGP F1 @HardRockStadium pic. twitter.com/Q1nH7CFwpG

Despite everything, “It’s an interesting track,” says Red Bull team boss Christian Horner. “A bit like a mixture of Jeddah and Azerbaijan. I think a key will be to control the high tyre temperatures.”

McLaren team boss Andreas Seidl expressed a similar view in an interview with ‘Sky’: “It’s not easy to get a lap together. The track has more bumps than expected. So we have to see to what extent we have to change the set-up, just to get more stability into the car and then also get the lap time down.”