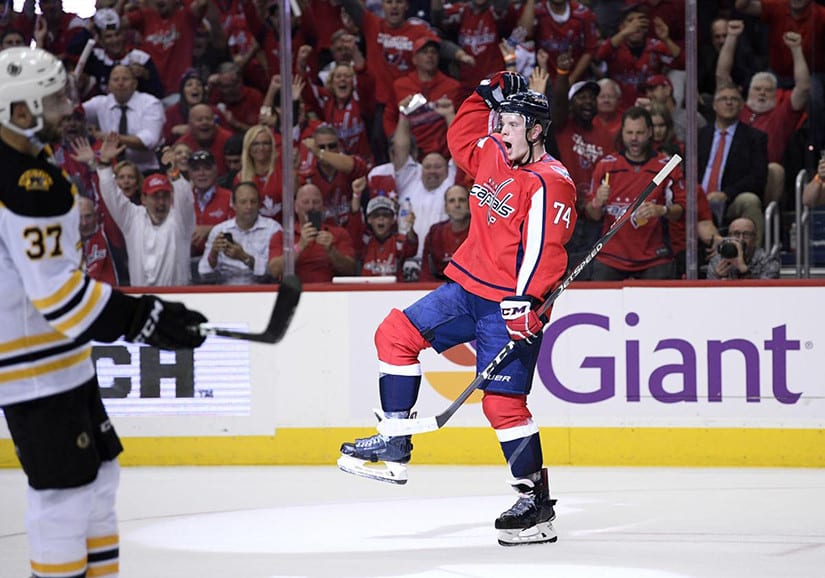 When the final horn sounded on Wednesday night, the scoreboard read Washington Capitals 7 – Boston Bruins 0. Any doubts of the Capitals suffering from Stanley Cup jetlag were erased in an instant.

T.J. Oshie, who opened the scoring just 24 seconds into the game, heard the fans’ pre-game “back-to-back” chants. Although he thought they were premature, he also believed them. 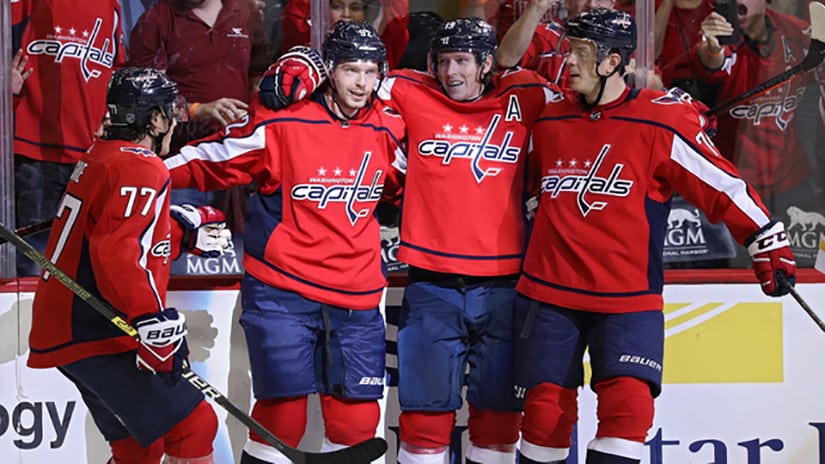 Why wouldn’t he? Washington’s roster turnover was minimal. Fourth-line center Jay Beagle (signed with Vancouver) and backup goaltender Philipp Grubauer (traded to Colorado) were the only two players missing from the twenty who lifted the trophy in Vegas. The main change came at the helm, where Barry Trotz was replaced by Todd Reirden after failing to agree on a new deal with the team. Trotz now coaches the New York Islanders.

Since they won the Stanley Cup in Las Vegas, this was the first opportunity for the Capitals to celebrate the championship on home ice with their fans. Reirden was aware of the emotions going round in the locker room, so he challenged his players to make a statement. That they did. Evgeny Kuznetsov increased the lead at 1:47, scoring his first of two power-play goals. Washington added four more in the second period and Lars Eller scored a breakaway goal with 9:08 left to make it 7-0.

Captain Alex Ovechkin, who skated out with the trophy in front of a screaming crowd during the pre-game ceremony, enjoyed the night but also realized other games won’t be so easy. 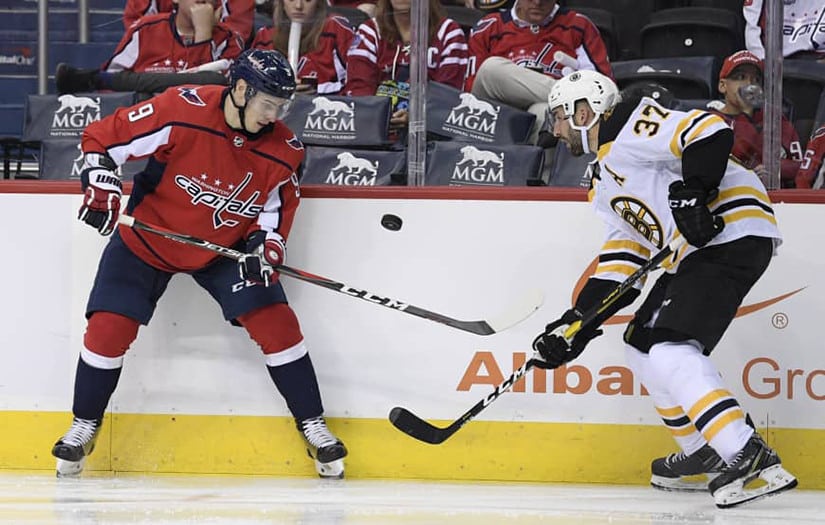 “Every team is going to play against us harder and a little more intense,”

“But you see how we played tonight. It was fun to play.”

We won’t have to wait long to find out, as the Washington Capitals travel to Pittsburgh to take on their biggest rivals on Thursday night.

“…it’s going to be a good challenge for us tomorrow against a great team that we have a big rivalry against.” – Nicklas Backstrom