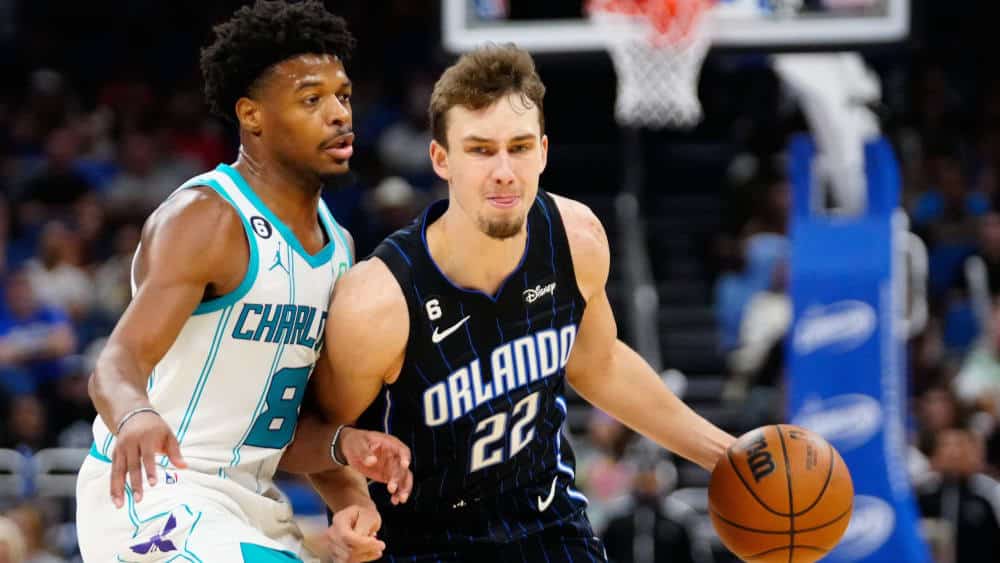 While the Los Angeles Lakers continue to weaken, the Orlando Magic led by Franz Wagner picked up their first win in the sixth game of the new NBA season.

The team from Florida won 113-93 (51-30) at home against the Charlotte Hornets on Friday (local time). The Magic dominated the second quarter with a 29-11 run and pulled away to as much as a 32-point difference after the break. Paolo Banchero, whom the Magic drafted first overall in this year’s draft, dominated the game with 21 points, 12 rebounds and seven assists. He is the sixth rookie in league history to always score at least 20 points in his first six NBA appearances.

National player Franz Wagner finished with 13 points and four assists. His team remains last in the Eastern Conference with a 1-5 record.

Isaiah Hartenstein and the New York Knicks were defeated by the Milwaukee Bucks 108-119 (53-59). After their fourth win of the season, the Bucks remain the only unbeaten team in the NBA. Superstar Giannis Antetokounmpo led Milwaukee to victory with 30 points, 14 rebounds and nine assists. Hartenstein scored six points and grabbed eight rebounds.

The Los Angeles Lakers around superstar LeBron James remain one of the disappointments of the season. After the 102:111 (52:52) away defeat against the Minnesota Timberwolves, the team from California continues to wait for its first win, with a record of 0-5 the Lakers are currently the worst team in the league.

Even James could not prevent the defeat with 28 points. That he reached the 20-point mark for the 1135th time and replaced Karl Malone (1134) as number one on the NBA’s all-time scoring list was cold comfort. “When you have 22 turnovers that they turn into 25 points, it’s very difficult to win in this league,” coach Darvin Ham said, criticising the many ball losses. National player Dennis Schröder was still missing after his hand surgery.

Another top team, the Philadelphia 76ers, seems to be getting on track, with the 112-90 (65-48) win at the Toronto Raptors the Sixers recorded their second victory. Tyrese Maxey set a new career best with 44 points.