HomeMotorsportsVettel sceptical about first points at Imola: "We don't belong there"
Motorsports

Vettel sceptical about first points at Imola: “We don’t belong there” 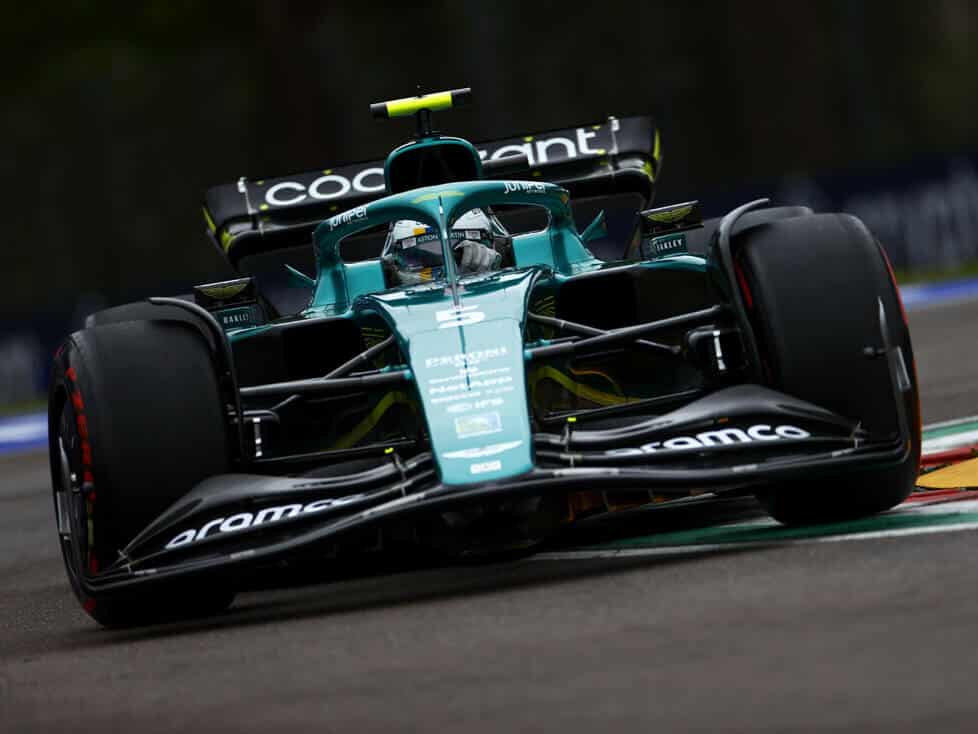 For the first time since last August, Sebastian Vettel is back on a single-digit grid, but he knows: “We don’t belong there “

“It was better than a fortnight ago,” said Sebastian Vettel after his Q3 finish in qualifying at Imola, which came as something of a surprise, as even the German can admit. After all, so far this season, it didn’t look as if the Aston Martin was good for top-10 finishes.

But in the rainy qualifying session at Imola, Vettel had a great opportunity. The German somewhat cheated his way through Q1 and Q2 and was at least able to finish ninth in the end. In view of his performance in Australia, that can be considered a success. Because Vettel also knows: “We don’t really belong there.”

Looking up at the rainy sky in Emilia-Romagna, the four-time world champion didn’t really know how to feel. While rain normally throws everything into a bit of a tizzy, which it did today, for Vettel there are two opposing theories.

“On the one hand everything gets closer together, on the other hand if a good car is good it’s even better in the rain, and if it’s bad it’s even more difficult to drive in the rain,” he said on ‘Sky’. And with Vettel currently still lacking confidence in his car, the omens were actually bad.

“I needed time, also this morning, to get into the rhythm somehow,” he admits. Teammate Lance Stroll, he says, had a slightly easier time in the drying conditions. “But once I got my rhythm, it actually went very well.”

Establishing a rhythm was difficult, however, given the five red flags in qualifying. Nevertheless, Vettel made it through Q1 in eleventh place with a late good lap. Vettel then set a good enough time early on in Q2, which his rivals were unable to break due to the onset of rain following the interruption caused by Carlos Sainz’s accident.

Since the Spaniard could no longer take part in Q3, it was clear that Vettel would finish at least ninth. But that was as good as it got, with nothing more than a half-throttle lap three seconds behind.

“I had the first lap where I just rolled around and then I wanted to attack in the second when I knew the tyres were in the right window,” said Vettel. “That was a bit too much attacking in the first corner and I braked.” Vettel was denied another chance to improve by two more red flags.

“Of course that wasn’t a highlight in the end now,” he admits. “But the important thing was that the first run in Q2 went well. That’s what got us into Q3 in the end, and we haven’t been there for a while.” To be precise, Qatar 2021 was the last time Aston Martin made it into Q3, with ninth place actually being Vettel’s best grid position since Spa-Francorchamps.

First points of the year?

Naturally, this raises Aston Martin’s hopes of scoring their first points of the season this weekend. There are even two chances to do so, as points are also awarded up to eighth place in Saturday’s sprint race.

But Vettel is still sceptical: “I think if you take the first three races now, it’s going to be hard for us to hold the place,” he says, seeing even faster cars like Mercedes behind him. “And at the moment we don’t really know where we are at the weekend in terms of pace.”

“But we’re halfway in the front now and we want to stay there, so I hope tomorrow goes well,” he says. “Let’s see what the tyres do and how we get on. Of course, the main goal is the race on Sunday. But if we can take something tomorrow now with the new points system, then it’s good for us. “