VAR prevents 26 wrong decisions and is wrong once 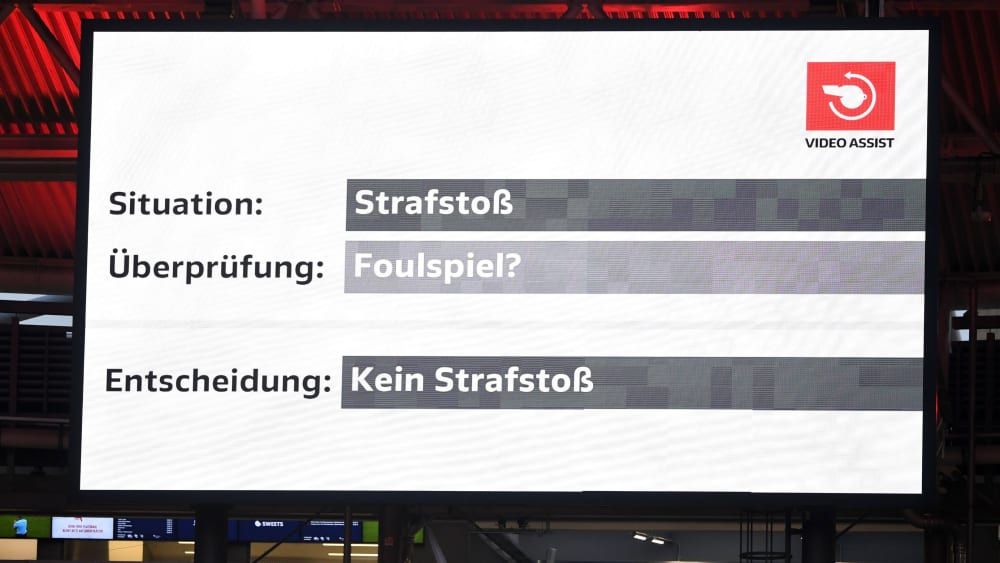 The DFB has drawn a positive interim conclusion for the Bundesliga season so far with video evidence. Only one VAR intervention out of 28 has been objectionable.


Jochen Drees, head of the video assistant project at the DFB since 2018, officially presented these figures on Wednesday. According to the figures, the VAR intervened legitimately in 96 per cent of all cases in the 63 Bundesliga matches played so far.

However, Drees criticised on Wednesday that on two occasions no intervention was made where it would have been necessary. According to Drees, 26 wrong decisions were prevented by the video evidence. On average, the review of a scene now only takes 69 seconds, compared to 81 seconds last season.

Referee boss Lutz Michael Fröhlich also sees it as positive that there is a trend towards restraint among the referees. “Many games are refereed in such a way that intensive and physical football is possible,” said Fröhlich: “It is not always possible – but when it is, it is practised in such a way that there is rather one whistle less than one too many. That way, more flow of the game is made possible. Nevertheless, a clear issue remains a clear issue, of course. “

Many matches are officiated in such a way that intense and physical football is possible.

With the return of the fans to the arenas, the referees also have to adjust to a new situation again, according to Fröhlich. “Due to the spectators in the stadiums, the games are becoming more emotional again,” expressed Fröhlich: “The active demand for respect by the referees should remain. “

With the new interpretation of handball, “everyone has fewer problems “

According to Fröhlich, the simplified rules on handball have been well received by the professionals and the officials. “Everyone has fewer problems with the new interpretation than with the old one,” said the Berliner: “Of course, those involved would like everyone to stick to the interpretation uniformly.”

In order to minimise the handball discussions, a simplified set of rules has been in force since this season. The primary criterion for a penalty whistle is a so-called “unnatural” body position. An unnatural position is only considered if the handball does not match the natural body movement of the player.