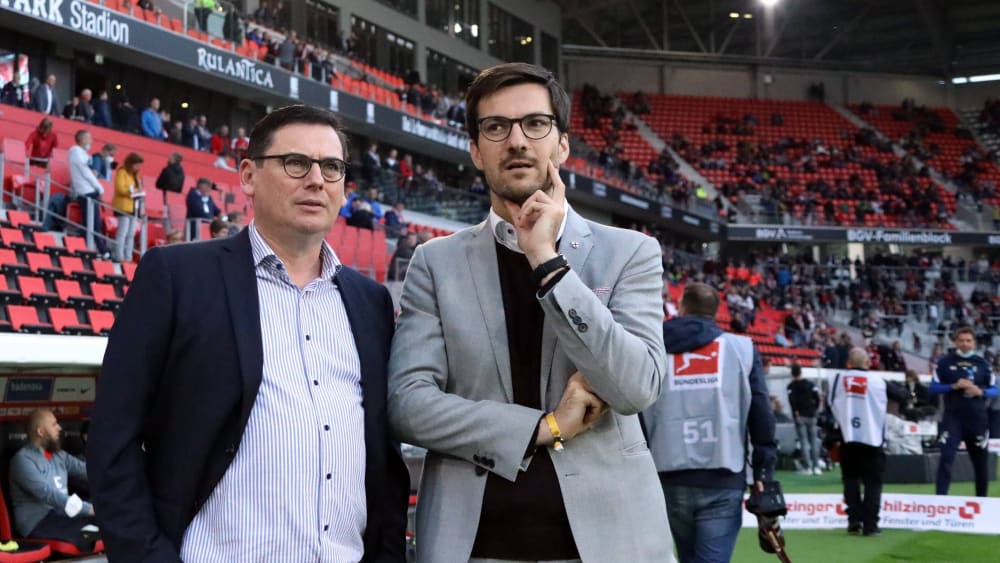 As already announced in the kicker interview by board member Oliver Leki, SC Freiburg has more than overcome the Corona crisis, not only in sporting terms but also economically. Leki reported this at the club’s general meeting, where Eberhard Fugmann was also elected as the new president.

Waldschmidt, Koch and Schwolow flushed money into the coffers

Although the stadium had to remain empty last season and the club also had to finance a new stadium construction, SC Freiburg successfully closed the 2020/21 financial year. As SC CFO Oliver Leki reported to the 675 members at the Neue Messe in Freiburg at the club’s first general meeting in two years, the Sport-Club even made a profit of 9.8 million euros (previous year: 0.1 million euros). The transfer income was the reason why the club “came through the crisis so well”, Leki explained. The turnover was 110.1 million euros (89.2 million euros), to which the transfers of Luca Waldschmidt, Robin Koch and Alexander Schwolow in the past summer, with around 37.3 million euros in income, had contributed above all. SC’s equity of €93 million (€83.3 million) “expresses the stability of the club, which is exceptional in the situation,” Leki stressed.

The General Assembly also elected former Freiburg school headmaster Eberhard Fugmann as the new President with a large majority. Of the 661 voting members, only four voted against him, and there were also 23 abstentions. Fugmann succeeds Fritz Keller, who resigned in 2019 due to his move to the DFB. The chairman of the supervisory board Heinrich Breit also announced that the contracts with the two board members Oliver Leki and Jochen Saier had been extended until 2024.

In light of the change in the Corona regulation by the Baden-Württemberg government, which provides for a 2G option model, Leki announced at the general meeting that the club intends to take advantage of this from the home match against Fürth at the end of October. “We think this is the right thing to do in the difficult overall balance,” he said, because it is the only way to fill the new Europa-Park Stadium to capacity. However, Leki would have “wished that it would have been possible with PCR testing, as in Bavaria”. From the game against Fürth onwards, the 25,000 season tickets issued should then also become valid.