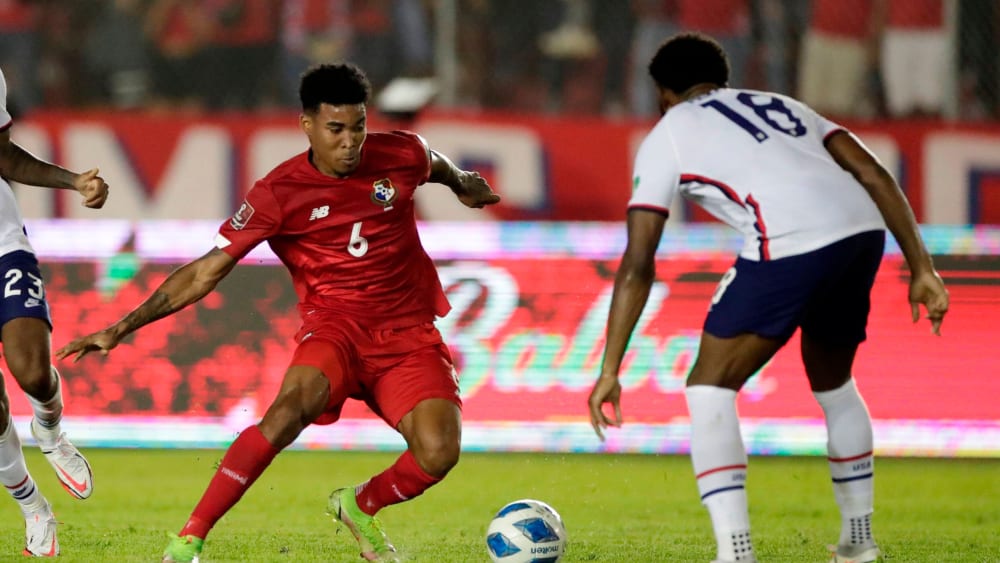 The USA lost to Panama for the first time in World Cup qualifying on Sunday, with the two teams level on points behind leaders Mexico after a 1-0 draw in Panama City. Canada also dropped important points in Jamaica.

Panama are celebrating their first win in World Cup qualifying against the USA, who gave the home side a big helping hand in a 1-0 defeat in Panama City: Anibal Godoy scored the decisive goal with the help of US striker Gyasi Zardes from a corner (54th).

The two rivals are now level on eight points behind leaders Mexico in the CONCACAF qualifying round for next year’s World Cup in Qatar after five games. Panama, coached since last year by Danish former Bundesliga player Thomas Christiansen, improved their chances of a second World Cup appearance since 2018.

Mexico didn’t let their guard down against Honduras, taking points nine to eleven against the underdogs. Sebastian Cordova (18th) scored the early lead. And when the visitors’ defender Maynor Figueroa was sent off in the second half (49th), Rogelio Funes Mori (76th) and Napoli striker Hirving Lozano (86th) increased the lead for the Mexicans to 3-0.

Costa Rica also turned an early deficit into a 2-1 win at home to El Salvador through Jairo Henriquez (12th) and a double strike from veteran Bryan Ruiz (52nd) and Celso Borges (58th). Canada were annoyed by a draw with Jamaica and thus missed the jump to second place with currently seven points.

The top three teams qualify directly for the World Cup in Qatar.