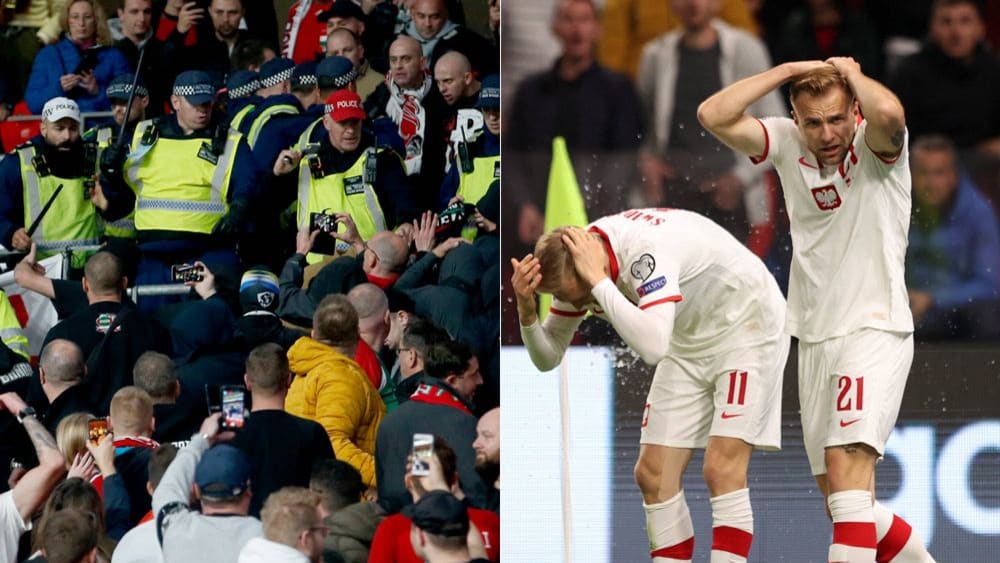 On the sidelines of Tuesday’s matches in World Cup qualifying Group I, there were ugly scenes in both England and Albania. The match in Tirana even had to be interrupted.

For a long time, the match between Albania and Poland (1:0) on Tuesday evening passed without incident. However, after Karol Swiderski scored the opening goal for Poland in the 77th minute, some spectators in the Albanian fan block threw objects at the cheering players. Some Polish players were allegedly hit by bottles and lighters, among other things.

The French referee Clement Turpin then stopped the game and both teams and officials went into the catacombs. The teams did not reappear until after a 20-minute break, after which Turpin resumed the match. There were no further incidents on the pitch or in the stands during the remainder of the match.

At the 1-1 draw between England and Hungary, individual Hungarian supporters – once again – caused trouble. Even before kick-off, the English players were loudly booed as they took a knee, and a banner was also presented in protest. Shortly after the start of the match, according to a BBC report, British police officers entered the Hungarian fan block to arrest a spectator after a racist incident. Clashes then broke out and the security forces had to use their batons to deal with the situation.

In the first leg in Budapest in September, English players had already been subjected to racist insults and objects had been thrown onto the pitch.