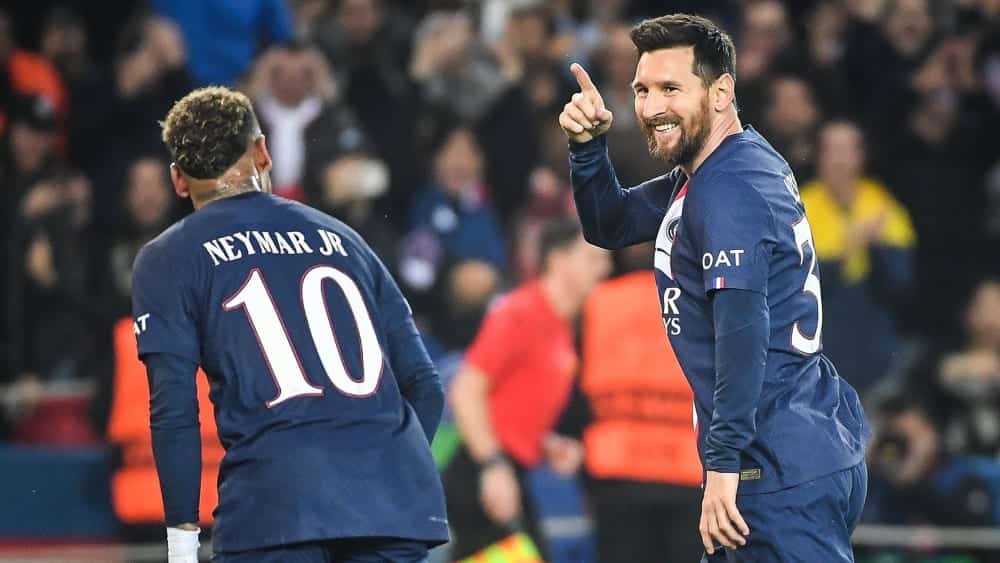 Paris St. Germain have reached the Champions League last 16 with a 7:2 gala. The new coach seems to have fixed the biggest problem. But for how long?

Champions League records have been set by Lionel Messi more or less all his life. But even at 35 years and 123 days, there are still some to be added – some precisely because of that.

Because he contributed two goals and two assists to the 7:2 home victory over Maccabi Haifa on the fifth matchday of the Champions League group stage, he is now also the oldest player in the competition to have achieved such a “double-double”. He has also now scored more long-range goals in the top flight than anyone else since his debut in 2004/05 (23).

But to focus on these two small records would not do justice to Paris’ performance on Tuesday night. The decisive factor for the furious attacking play was something else: Messi harmonised splendidly with Neymar and Kylian Mbappé – and they were able to harmonise so well because the team worked for each other.

That, at least, was the core message Christophe Galtier spread afterwards. “When everyone plays for each other and for the team, it gives a very good picture,” the coach noted with satisfaction. “The 4-3-3 system allowed the three of them to be a bit higher up front and they had a bit more freedom thanks to the work they did in midfield. “

He said his players had “a lot of fun” and played “fantastic football”. There was a “strong relationship” between Messi, Neymar and Mbappé – which was not always the case off the pitch. Mbappé also finished the game against Haifa with four points (2/2), Neymar with two (1/1).

Galtier and the “Holy Grail “

Although the balance was not consistently maintained on Tuesday with a number of chances for the visitors, the impression is solidifying that since Galtier took over in the summer there has been a new move at PSG, who also lead Ligue 1 with a commanding 32 points out of a possible 36. But how stable is his team, which is still fighting for group victory on the final matchday in a long-distance duel with Benfica?


After all, PSG have often played strong and high-scoring group stages. But when it came to the big games in the knockout phase, when the opponents were better and often more physical, the cohesion was often gone. And this year there is still a whole World Cup in between.

So for now, Galtier wants to enjoy the current harmony. “It’s really nice to work with this team, especially with the three up front,” he says. “Training them every day and then seeing how they express themselves on the pitch – that’s the Holy Grail for a coach. “