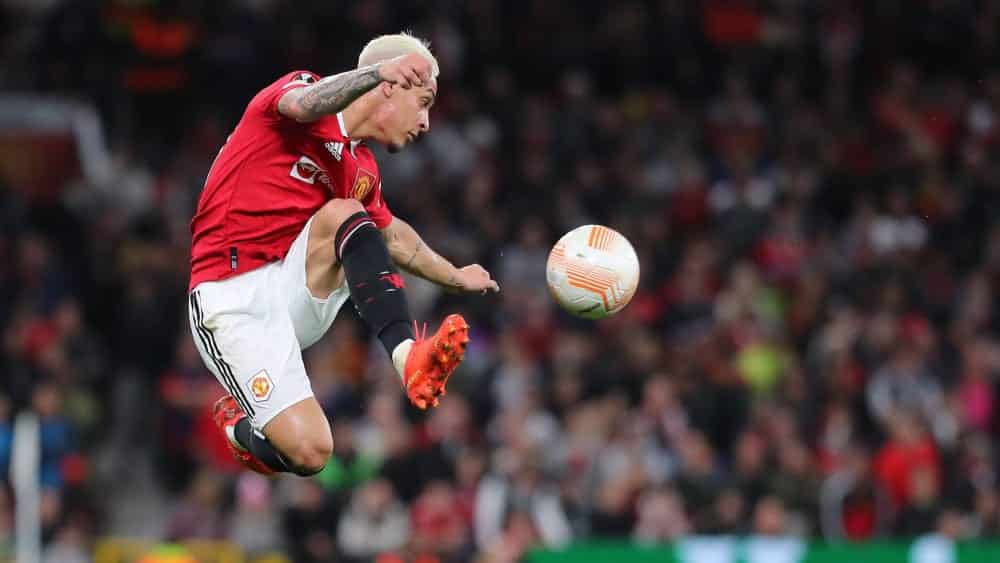 A ball-taking by ManUnited pro Antony has gone viral since Thursday – and opinions differ. The criticised man doesn’t want to change

In the end, it was high football art what Antony staged with the ball on Thursday evening: In the Europa League home match against Sheriff Tiraspol (3:0), Manchester United’s offensive man took a ball on the right wing with his left foot and spun around himself twice in a flowing movement without having to sit down first afterwards because of a dizzy spell.

Only: High nonsense it all was. Antony was without a counterpart, unnecessarily delayed his team’s attack – mind you, with the score at 0-0 – and allowed a through pass to go out of bounds. ManUnited coach Erik ten Hag, who substituted the 22-year-old Brazilian at the break, hinted afterwards that he would “correct” him in future for similar cases: tricks were allowed, but they also had to serve a purpose.

Antony was unimpressed by this warning. “We are known for our art,” the almost €100 million summer newcomer from Ajax Amsterdam wrote on Instagram, “and I won’t stop doing what got me to where I am now!” So more showboating is to be expected.

While TV pundit and ex-ManUnited professional Paul Scholes had clearly criticised Antony (“I like to see skill and entertainment, I just don’t think this is about skill or entertainment, it’s about being a clown “), another celebrity supporter of showmanship jumped to his side: Neymar.

“Keep it up, don’t change a thing!” the Paris St Germain attacker urged his compatriot via Instagram. “Let’s go boy!” Yet Neymar is well aware of the dark side of such trickery: sometimes it not only gets too much for the opponents, but also for teammates and fans.

In any case, Antony has achieved one thing with his spectacular 720-degree turn: on Sunday, when ManUnited finish the 14th Premier League matchday against West Ham and fight for further points for the Champions League places, he will be under special observation.