HomeFootballTurkey embarrassment in the Faroe Islands: "This is reality".
FootballFootball News 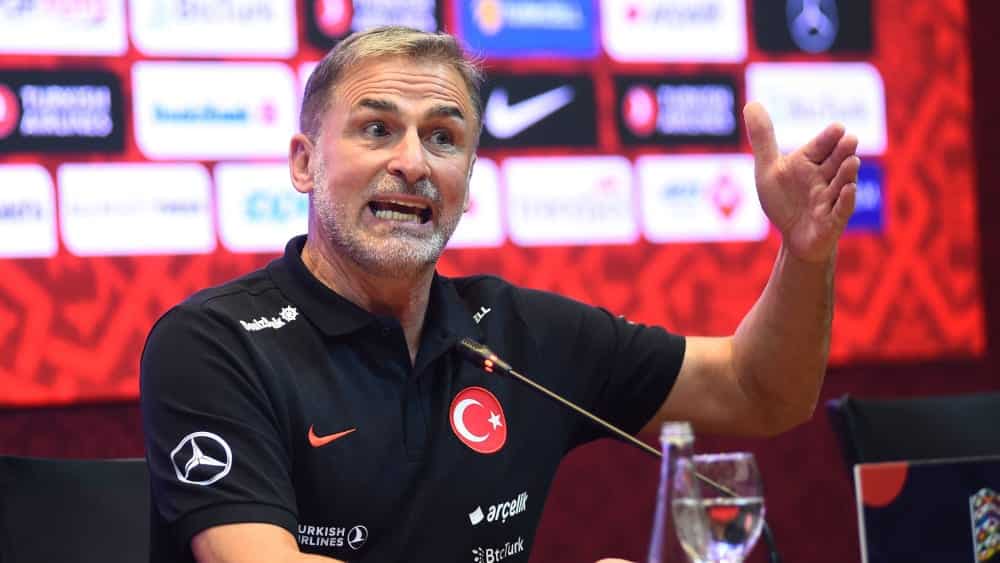 The Turkish national team disgraced itself on Sunday evening in the Faroe Islands. Criticism of Stefan Kuntz grew even louder after the match.

Four games, four wins, plus a goal difference of 14-0, Turkey’s results before the recent international break have seen them confidently progress to League B in the Nations League. The games against Luxembourg and the Faroe Islands therefore only had the character of a test match, but still blew coach Kuntz away in the end.


In the 3-3 draw against Luxembourg, Turkey were behind three times, but equalised three times and thus avoided embarrassment. However, this followed three days later in the Faroe Islands, where they lost 2-1 after a poor performance.

The criticism of Kuntz, which had been going on for some time despite the previously good results, now became even louder – and the 59-year-old had to explain himself at the press conference. Kuntz made no secret of the two poor performances, “we ran less than the opponent against Luxembourg and in the Faroe Islands, we won fewer duels in both games. These are the basic elements of football. “

However, Kuntz had little sympathy for the unrest that had been directed at the Turkish team even before the games. “We had four wins, I don’t understand what was unsatisfactory. Our first goal was to increase our chances of making the World Cup play-offs, we did that. The second point was to get promoted to League B. Despite the negative results in the last two games, we achieved that goal.”

In both games, however, Turkey played with a weakened squad, with key players such as Hakan Calhanoglu, Merih Demiral and Dortmund’s Salih Özcan either being rested or suffering from injuries. If players of this calibre are absent, Kuntz says the width of the Turkish squad is not in a position to fill these gaps. “That is not an excuse, that is my explanation,” Kuntz added. “That is the reality. That is the reality of the Turkish national team. This is the qualitative situation.”

The long-time coach of Germany’s U-21 national team, he said, would therefore like to see more understanding, especially as the process, which he began after taking over almost exactly a year ago, “is not going to happen immediately.” Despite the headwinds, Kuntz therefore “doesn’t waste even one percent of my thoughts on resigning.”

The Turkish national team wants to make amends in mid-November, when two test matches against Scotland and the Czech Republic are scheduled shortly before the World Cup in Qatar.