HomeBundesligaHope for Adli, all-clear for Azmoun and Schick
Bundesliga 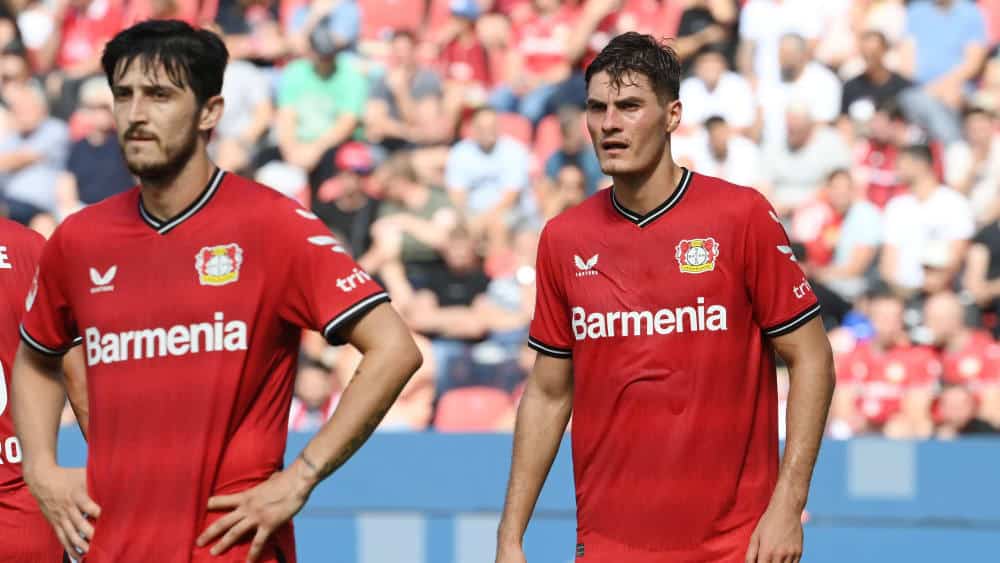 Good news for Bayer 04 Leverkusen: While both international strikers Patrik Schick and Sardar Azmoun have been given the all-clear after their injuries, Amine Adli may be available to coach Gerardo Seoane again in Munich after breaking his collarbone.


Schick and Azmoun had suffered injuries in their international matches for the Czech Republic (0:4 against Portugal) and Iran (1:0 against Uruguay) respectively, but they apparently will not result in an injury lay-off. While Azmoun had twisted his ankle and was later substituted, Schick had taken a painful kick on the hand. However, both centre forwards are expected to be fit for action on Friday evening for the Werkself’s match in Munich – as of now.

If the attackers, whose countries each play another game on Tuesday, return to Leverkusen without any worse impairments, Gerardo Seoane can plan with them in Munich. That also applies to Amine Adli – provided his X-ray examination on Monday brings the hoped-for result.

The French U-21 international broke his left collarbone in mid-August in the 1:2 defeat to FC Augsburg during his comeback. If the scans show that the fracture has healed well and that Adli can once again engage in duels and fall on his shoulder without increased risk, the versatile attacking player will once again be part of the Leverkusen line-up in Munich.

Despite a long break from the game, the 22-year-old is fit enough after suffering a torn tendon in his thigh in March and missing six months since then, with the exception of the Augsburg game. The left-footer has recently been able to work hard again in the physical area. “Amine has done a lot in the last two or three weeks,” explains Seoane, “because the injury hasn’t prevented him from doing so. There is hope that he will be able to help the team again relatively soon

Not quite so fast for Karim Bellarabi (32) after his meniscus operation. Like Adli, the right-winger is completing parts of the team training – without any physical contact. However, Bayer will be very careful with Bellarabi, also because of his susceptibility to injuries in the muscular area. “With Karim, I tend to plan one week more – with him we always have to be a bit more careful,” said Seoane.

The way is even further for top star Florian Wirtz after his cruciate ligament rupture. But the attacking midfielder continues to make progress. The national player is now doing more intensive exercises with the ball, but he is not expected to return to full team training until October. At least, appearances for Bayer before the World Cup do not seem out of the question.