Thompson flies after trashtalk with Booker – Mavs can’t get going 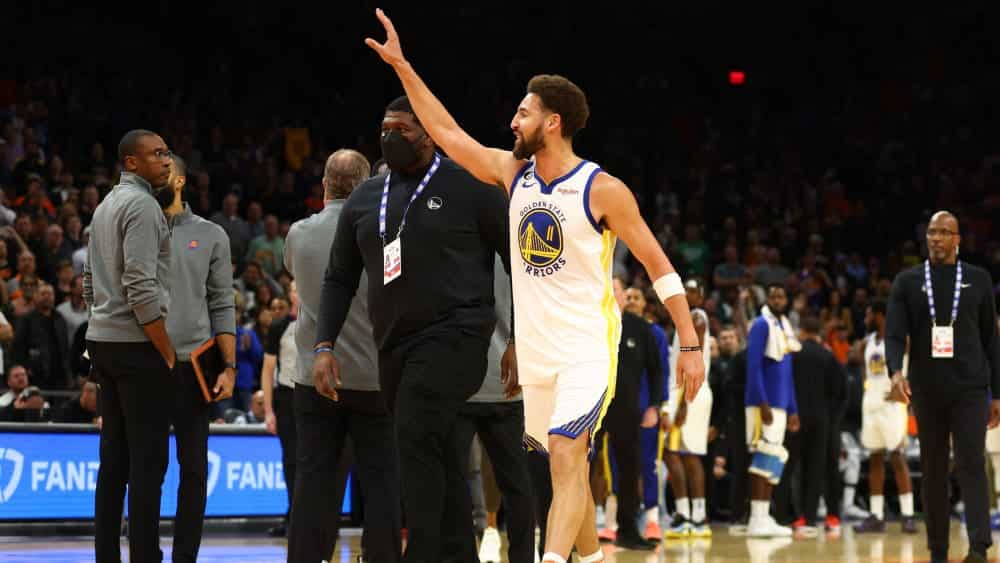 The Dallas Mavericks are not getting into the swing of things in the still young NBA season. The Golden State Warriors also came off the floor as losers on Tuesday (local time) – with Klay Thompson conceding the first ejection of his career in the process.

The Dallas Mavericks, led by internationals Maxi Kleber and Luka Doncic, lost 111-113 at the injury-depleted New Orleans Pelicans on Tuesday (local time) and are already at two losses after three games.

Doncic recorded 37 points, 11 rebounds and seven assists but also had some unfortunate scenes. Among them was the missed shot for a possible win with the clock running out. Kleber finished with seven points. “We prayed a lot on that last shot because it looked good,” Pelicans coach Willie Green said. “Thank God he didn’t hit it. “

In addition to Herb Jones, the Pelicans were also missing two of their best offensive players in Zion Williamson and Brandon Ingram with injuries. The team’s best scorer was Trey Murphy III with 22 points. Eight of the nine Pelicans professionals used had a double-digit output.

In the duel between the defending champion Golden State Warriors and the Phoenix Suns, Warriors star Klay Thompson conceded the first ejection of his NBA career after a verbal altercation with Devin Booker and was not allowed to finish the game. The Warriors lost 105-134, Booker was the best scorer with 34 points. According to Booker, Thompson kept pointing out that he had four rings.

“We’re just two competitors,” Booker said. “I love Klay Thompson. I have for a very long time. But that’s not going to stop us from being competitive and talking to each other. I’ve always admired his game, how he plays on both sides of the ball. And of course the rings speak for themselves.” Thompson did not speak to the media after the game.