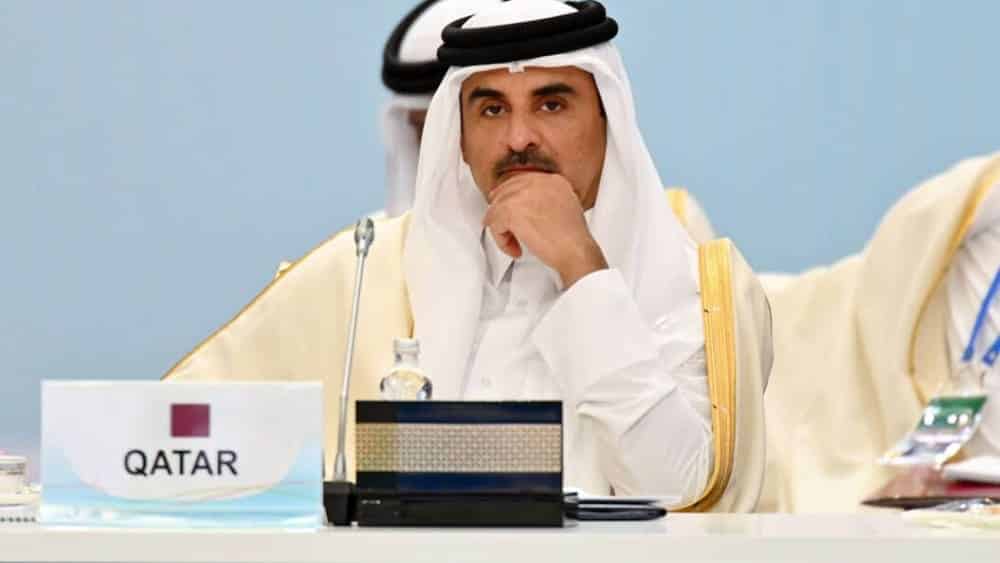 Just four weeks before the start of the World Cup, Qatar’s emir is fiercely defending himself against criticism of the host country. Sheikh Tamim bin Hamad Al Thani speaks of an “unprecedented campaign “

Next Monday, DFB President Bernd Neuendorf and Federal Minister of the Interior Nancy Faeser (SPD) will travel to Qatar to get an idea of the situation. Less than a week before, the Emir has given a foretaste of what the German delegation can expect.

In a TV address, the Qatari head of state described the criticism of the World Cup host as an “unprecedented campaign” including “fabrications and double standards”. In the history of World Cups, no host has ever been criticised so massively, the sheikh said.

“We initially considered parts of the criticism in good faith even as positive and useful to develop aspects in us that need to be developed,” the Emir said. “But we soon realised that the campaign was continuing, expanding, including fabrications and double standards – until it reached a level of ferocity that unfortunately raises many questions about the real reasons and motives behind this campaign. “

The Emir was silent about alleged motives for such a campaign. The fact is that ever since the World Cup was awarded to Qatar in 2010, this decision has been criticised. Initially, the focus was on bribes in the awarding process, then it was on the environmental aspect, since the final round had to be moved to the winter due to the climate and there are big question marks behind sustainability. And in the past years, the so-called “sportswashing”, the human rights situation, the situation of guest workers and the conditions for LGBTIQ+ persons were the dominant topics.

Numerous organisations such as Human Rights Watch and Amnesty International strongly criticised the organisers, who have invested around 150 billion euros in the tournament. There have been calls from many quarters for a World Cup boycott, and the DFB leadership is also critical of the situation in Qatar, even though there has been progress. “It is one of the most controversial World Cups that have taken place so far,” the mantra prophesying that it would be “the best World Cup ever”.

Neuendorf stressed after his visit to Qatar during the FIFA Congress in April that “some things have improved in terms of working conditions. But many changes in the law are only inadequately implemented. And clear differences continued to emerge on women’s rights, freedom of the press or the LGBTIQ+ issue.”

In addition, the delegation will “firmly advocate for a FIFA compensation fund for the families of deceased or injured workers” in a scheduled meeting with Infantino, Neuendorf told the “Redaktions-Netzwerk Deutschland”. On Tuesday, the World Cup OC had circulated a report, confirmed by FIFA, according to which only three people had allegedly suffered fatal accidents on World Cup construction sites.

In addition, Neuendorf announced an “exchange” with Qatar’s federation boss Sheikh Hamad bin Chalifa Al Thani and the government. He said that “among other things, the demand for a centre for migrant workers must be in the foreground”.

In addition to the talks at the level of officials, Neuendorf, Faeser and Luise Amtsberg (Greens), as the human rights commissioner of the German government, are scheduled to meet with representatives of civil society “to get a first-hand impression of their situation”, as the Federal Minister of the Interior said.