“The best partner”: Sauber team to be sold to Audi 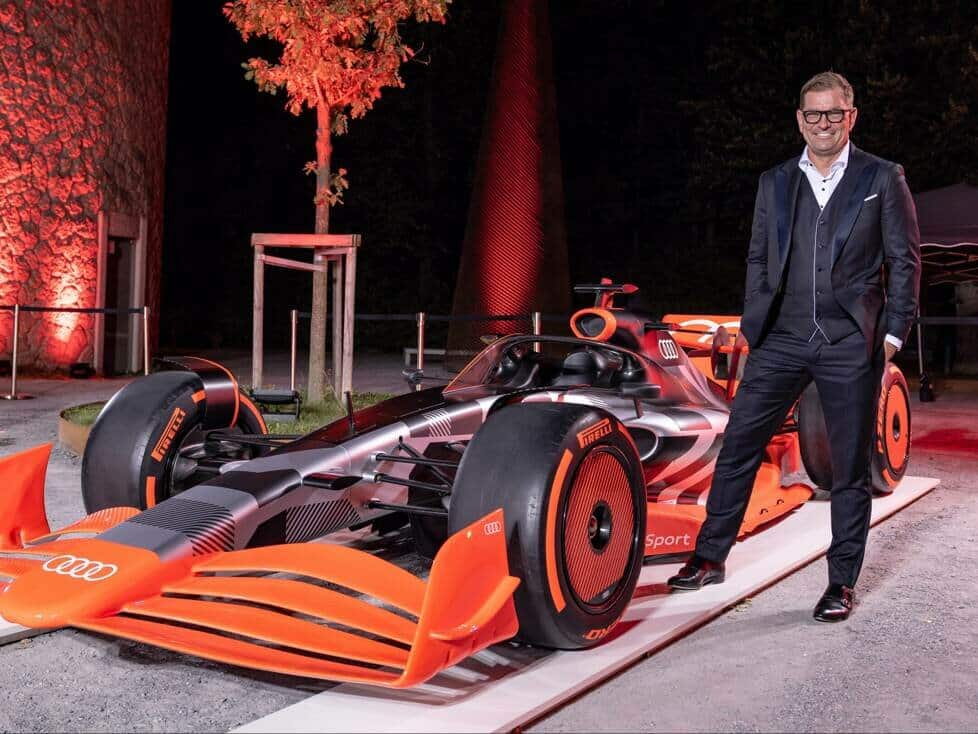 Audi officially announced on Wednesday that the Swiss Sauber team (currently Alfa Romeo) will become an Audi works team in Formula 1 from 2026. “Audi has selected Sauber as a strategic partner for the project and plans to acquire a stake in the Sauber Group,” the accompanying press release reads.

This has been an open secret in industry circles for some time. The first indications of this were already given at the announcement of Audi’s entry into Formula 1 in Spa in August 2022, when Audi CEO Markus Duesman gave his first interviews in the paddock in front of the Sauber hospitality, of all places.

As is customary in such cases, the two parties have agreed not to disclose details of the financial transaction. In the run-up, there was talk of Audi wanting to take over 75 per cent of the shares; 25 per cent could remain under Rausing’s control. A purchase price of an estimated 500 million euros is to be paid. These figures have not been confirmed.

Hofmann: Sauber not a new partner for Audi

“We are delighted to have gained such an experienced and competent partner for our ambitious Formula 1 project,” said Oliver Hoffmann, Audi’s Board Member for Technical Development. “We already know the Sauber Group with its state-of-the-art facility and experienced team from previous collaborations and are convinced that together we will form a strong team.”

After all, this is not the first time Audi and Sauber have worked together on the joint Formula 1 team. Audi has already used the wind tunnel in Hinwil, which is just over four hours’ drive from Neuburg, in the past for the successful Le Mans project (13 overall victories between 2000 and 2014) and for the Class 1 prototype for the DTM.

Rausing: Why he likes to sell to Audi

In Rausing’s view, Audi is “the best partner” for Sauber. That this is not hot air, but quite seriously meant, is proven by his actions in recent years. For as early as 2021, Rausing had an offer from Michael Andretti for a rumoured 350 million US dollars for 80 per cent of the team shares, which he rejected at the time.


With Audi and Sauber it is “clear that both companies have the same values and the same vision. We look forward to achieving our common goals with a strong and successful partnership. “

Neuburg: Powerunit site to be ready in 2023

In the meantime, the development of the powerunit for 2026 continues at full speed in Neuburg. More than 120 employees are already working on the project, and Audi’s timetable is ambitious: the expansion of the Neuburg site is to be completed as early as 2023, and an Audi Formula 1 engine is then to run in a Sauber chassis for the first time in 2025.

By the way: Audi again emphasises in the press release that the 2026 reform regulations were an “important prerequisite” for the brand’s entry into Formula 1. Although there were long negotiations with the FIA and Formula One, it was only when the new power unit regulations had been cast into shape that the official green light was given for the programme.

In the press release, Audi emphasises: “The electric drive will then have almost as much power as the combustion engine, which comes to 400 kW (544 hp). The highly efficient 1.6-litre turbo engines will be powered by sustainable synthetic fuel that is CO2-neutral (according to EU standards). In addition, Formula 1 has set itself the goal of being CO2-neutral as a racing series by 2030. “